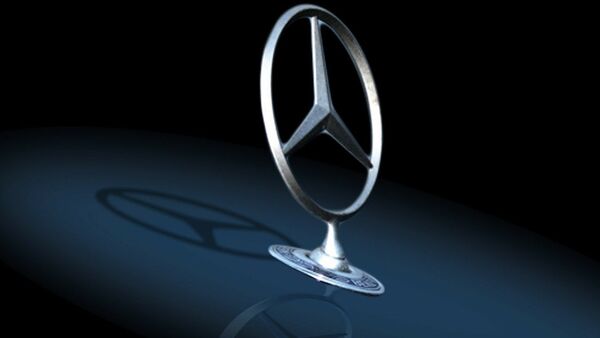 © Photo : Pixabay
Subscribe
A Russian-born model girlfriend of a hot-shot Wall Street banker reportedly drove his $100,000 Mercedes into a Bahamas pool after he ended their relationship after having dated for over a year.

Model Kristina Kuchma, 24, was furious after businessman Guy Gentile suddenly ended their relationship after she asked him to invest into her business, according to The New York Post.

Kuchma claims that Gentile promised to finance her business; but instead broke up with her over the weekend while vacationing in the Bahamas.

She was asking for an investment of $50,000 for some marketing expenditures.

“You told me you will help me to start a business! That were your words! Now you want to be an investor??? Well investor I have a surprise for you on a backyard, start with that investment idea first.”

​Model Kristina Kuchma drowned a Mercedes of a Wall Street banker Guy Gentile after he refused to give Kuchma $50 thousand on business.

Gentile said that at first he didn’t understand what was going on and when he saw his car in the pool he thought that his girlfriend had committed suicide inside the car.

“My heart dropped because [I feared she was inside]. I didn't care about the car at that moment,” he said.

“But after I realized she wasn't in it, then I start to get pissed off that she would pull something like this after everything I've done for her.”

“I dumped her. She dumped my car.”

000000
Popular comments
hired girlfriends can be real trouble if you don't invest!

Zoanthropy
14 October 2017, 22:17 GMT2
000000
Береги́ пла́тье сно́ву, а честь смо́лоду. www.youtube.com/watch?v=2LM0CZZ9Uw8 Models and dancers should form their own unions just like the Screen Actors Guild. Once that is done, they should form their own credit union (a special category of bank which is owned by its members). Then as professionals in their trade they do not need a boyfriend to finance their business, just a decent credit rating and a business plan.

support
14 October 2017, 22:48 GMT1
000000
Newsfeed
0
New firstOld first
loader
LIVE
Заголовок открываемого материала
Access to the chat has been blocked for violating the rules . You will be able to participate again through:∞. If you do not agree with the blocking, please use the feedback form
The discussion is closed. You can participate in the discussion within 24 hours after the publication of the article.
To participate in the discussion
log in or register
loader
Chats
Заголовок открываемого материала
Worldwide
InternationalEnglishEnglishMundoEspañolSpanish
Europe
DeutschlandDeutschGermanFranceFrançaisFrenchΕλλάδαΕλληνικάGreekItaliaItalianoItalianČeská republikaČeštinaCzechPolskaPolskiPolishСрбиjаСрпскиSerbianLatvijaLatviešuLatvianLietuvaLietuviųLithuanianMoldovaMoldoveneascăMoldavianБеларусьБеларускiBelarusian
Transcaucasia
ԱրմենիաՀայերենArmenianАҧсныАҧсышәалаAbkhazХуссар ИрыстонИронауОssetianსაქართველოქართულიGeorgianAzərbaycanАzərbaycancaAzerbaijani
Middle East
Sputnik عربيArabicArabicTürkiyeTürkçeTurkishSputnik ایرانPersianPersianSputnik افغانستانDariDari
Central Asia
ҚазақстанҚазақ тіліKazakhКыргызстанКыргызчаKyrgyzOʻzbekistonЎзбекчаUzbekТоҷикистонТоҷикӣTajik
East & Southeast Asia
Việt NamTiếng ViệtVietnamese日本日本語Japanese中国中文Chinese
South America
BrasilPortuguêsPortuguese
NewsfeedBreaking
18:39 GMTEx-DC National Guard Official Slams Testimonies of Pentagon Generals on 6 January as Absolute Lies
18:23 GMTDems Growing Increasingly Concerned by Midterm Prospects as Biden Polling Numbers Drop
18:21 GMTWhite House Confirms US Will Not Send Representation to 2022 Winter Olympics in Beijing
17:32 GMTKorean Treat and Eurovision Winner Among Most Mispronounced Words of 2021
17:24 GMTWhitehall Union Claims Victory After Court Dismisses its Case Against Johnson and Patel
17:14 GMTPope Francis Stumbles on Airstair as He Boards Plane in Greece - Video
17:02 GMTTrump’s Social Media Listing Vehicle Says Under Inquiry From US Securities Investigators
16:47 GMTRussia, Egypt Start Naval Phase of 'Bridge of Friendship-2021' Drills in Mediterranean
16:40 GMTUS Reportedly Mulls Cutting Russia Off SWIFT, Sanctioning Energy Producers & 'Putin's Inner Circle'
16:37 GMTFinland’s PM Parties at Nightclub Until 4am After Contact With COVID-Positive Official
16:14 GMTSecond Week of Ghislaine Maxwell Sex Scandal Trial Kicks Off
15:56 GMTBoost for Britain! Is the UK’s COVID-19 Third Jab Campaign Saving Lives?
15:55 GMTWestminster Preparing 10-Year War on Drugs in Attempt to Defeat County Line Gangs
15:44 GMTIsrael Will Reportedly Push US to Strike Iranian Facility Amid Lack of Progress in Vienna Talks
15:41 GMTAmerica Unveils First-Ever Strategy to Battle Corruption at Home and Abroad
15:30 GMTChina May Build Military Base in Equatorial Guinea Amid Beijing’s Tensions With Washington
15:15 GMTKremlin: Putin Will Listen to Biden's Proposals on Ukraine 'With Great Interest'
15:15 GMTNYC to Use 'Preemptive Strike' Against Omicron With Vaccine Mandate for all Businesses, Mayor Says
15:08 GMT3,000 Security Officers Guard India's Mathura as Hindu Group Threatens to Install Idol in Mosque
14:59 GMTAmid Rumours of US Boycott of Beijing Olympics, How Could the Move Affect the Games?