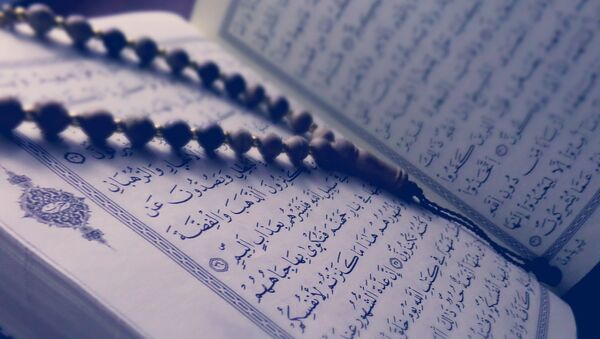 CC0 / /
Subscribe
Three members of the Ahmadiyya branch of Islam (Ahmadis for short), a persecuted sect with a large population in Pakistan, have been sentenced to death for committing blasphemy by tearing down posters that abased their faith.

The Ahmadi trio are Ehsan Ahmad, Ghulam Ahmad and Mubasher Ahmad, from the village of Bhoiwal in the Sheikhupura District of Pakistani Punjab. Reportedly in May 2014, they spotted posters adorned with "Islamic verses" urging the people of the village to boycott the Ahmadis.

The three men pulled down the posters and were subsequently arrested and charged with blasphemy for destroying Quran verses. A fourth accused, Khalil Ahmed, was reportedly shot and killed by a young boy while in police custody.

On Wednesday, Sheikhupura Additional District and Sessions Judge Mian Javed Akram found the men guilty and sentenced them to death. In addition, each man was fined 200,000 Pakistani rupees ($1,900) and will be subjected to "six months of rigorous punishment" if they cannot pay the fine.

The men admitted that they had removed the posters, but they claimed that they meant no blasphemy against Islam and only tore them down because the posters denigrated the Ahmadi community. They intend to challenge the verdict in a higher court.

Ahmadis consider themselves to be Muslims, but larger denominations generally see them as heretics or infidels. Ahmadis deny that Muhammad was the final prophet of mankind, instead pointing to their founder Mirza Ghulam Ahmad (who died in 1908) as the final Messiah.

As many Ahmadis practice in secret in Pakistan, estimates of their numbers range from as few as 600,000 to as many as 4.9 million. India, Nigeria and Tanzania also have significant Ahmadi minorities, and there are an estimated 10-20 million members of the sect worldwide.

The Ahmadi community has long been persecuted in Pakistan. In 1974, an amendment was added to the Pakistani constitution that declared them non-Muslims. A later law made it illegal for Ahmadis to call themselves Muslim or their faith Islam.

Ahmadis are also banned from preaching, publishing materials that propagate their faith, calling their places of worship mosques, owning a Quran or visiting Saudi Arabia for pilgrimage — a key tenet of the Islamic faith is that all Muslims must journey to Mecca at least once in their life.

Ahmadis also face extrajudicial persecution and violence. In 2010, Islamist militants with the Punjabi Taliban attacked a pair of Ahmadi mosques in the city of Lahore, killing 87 Ahmadis.

The day before the verdict was handed down, three people were gunned down elsewhere in Sheikhupura. Rauf Ahmad Thakur, an Ahmadi, was killed alongside his Sunni wife Abida Bidi and their two-year-old son Sarim. Police suspect that Rafique, Abida Bidi's brother, killed her and her family as an honor killing as she had shamed their family by marrying and copulating with an Ahmadi.

Also on Tuesday, National Assemblyman and member of the ruling Pakistan Muslim League — Nawaz (PML-N) Party Muhammad Safdar Awan demanded that Ahmadis be excluded from serving in the Pakistani government and military, calling them a "threat to [Pakistan], its constitution and ideology." Safdar is also the son-in-law of ousted Pakistani Prime Minister Nawaz Sharif.

Current Prime Minister Shahid Khaqan Abbasi and the PML-N distanced themselves from Safdar's fiery speech. "These were Safdar's personal views and the party does not agree with it," Abbasi said. "Such kind of provocation should be avoided."

Pakistan has a mandatory death penalty for anyone who found guilty of insulting the Prophet Muhammad and life imprisonment for anyone who defiles a Quran. At least 74 people have been executed or murdered following blasphemy accusations in Pakistan since 1990.