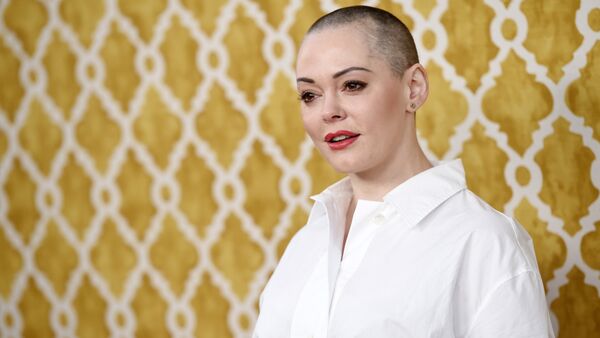 Rose McGowan’s Twitter account was temporarily suspended after the actress used the social media platform to accuse Ben Affleck of being aware of Harvey Weinstein’s misdeeds, promptly telling the actor to "f*ck off."

Shortly afterwards McGowan’s Twitter account was suspended, though it wasn’t immediately clear which of her tweets was deemed offensive by the system’s algorithms.

@benaffleck “GODDAMNIT! I TOLD HIM TO STOP DOING THAT” you said that to my face. The press conf I was made to go to after assault. You lie.

TWITTER HAS SUSPENDED ME. THERE ARE POWERFUL FORCES AT WORK. BE MY VOICE. #ROSEARMY #whywomendontreport

According to the Guardian, this development may foment controversy over Twitter’s free speech and harassment policies, especially considering the fact that earlier the social media platform refused to ban US President Donald Trump’s tweets that apparently contained open threats to North Korea because they were deemed newsworthy.