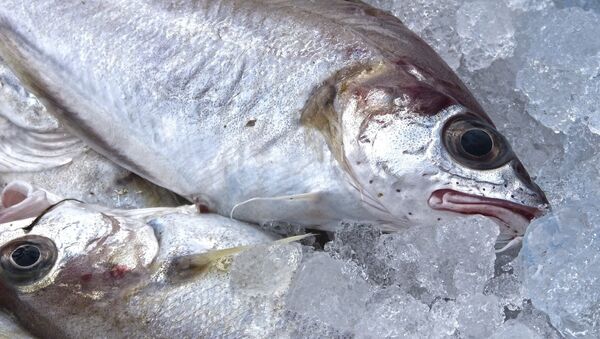 © Photo : Pixabay
Subscribe
A man and woman were publicly raped, whipped and beheaded by anti-government rebels in the Democratic Republic of the Congo (DRC), before a crowd of onlookers, for the “high treason” of serving rebels the “forbidden food” of fish.

The incident reportedly occurred on April 8, 2017. Footage collected by France 24 shows rebel leader Kalamba Kambangoma dragging a naked woman onto the street and condemning her to death. They forced her stepson, who helped her serve the forbidden food, at gunpoint to have sex with her before a jeering crowd of locals. 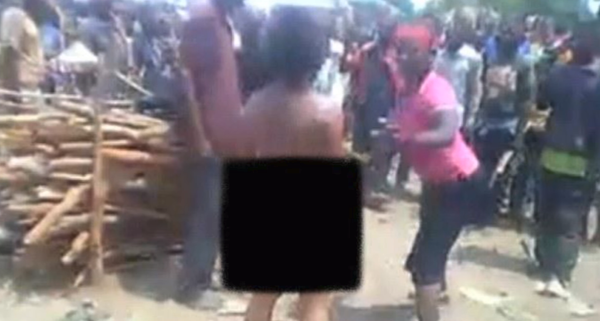 Footage from the rape and execution of a woman in the Democratic Republic of the Congo. The woman, along with her step-son, were killed for serving Kamwina Nsapu anti-government militants the "forbidden food" of fish.
© News Media

Meanwhile, another woman whipped the two with a branch. Afterward, both the woman and her stepson were beheaded with machetes by the rebels, who also reportedly drank some of their blood and posed with their severed heads.

When asked why nobody stepped in to help the pair and why so many cheered at their fate, a witness told France 24: "We had no choice: to stand up to them would have meant death… We were left to fend for ourselves against the armed militants. The police fled a week earlier."

"Everyone knew this woman. She wasn't disliked, on the contrary. But many local people are convinced that the members of the militia have satanic powers. So, when the rebels execute people, we applaud and cheer for them," the witness added.

"The two bodies — decapitated and mutilated — stayed there, out in the open, for two days. Eventually, they were buried on the spot. After the village was liberated, the Red Cross moved in and helped move the bodies to a cemetery.

The incident "goes completely contrary to local customs, which forbid both the death sentence and incest," Congo expert Tshimbalanga told France 24. "These cases of extreme violence are a result of drugs or, sometimes, of people getting caught up in the frenzy and excitement of bloodshed and war.""

The rebels belong to the Kamwina Nsapu militia, a loose coalition of militant groups fighting to avenge the death of their leader after whom the movement is named. The Luba chieftain Kamwina Nsapu rose in rebellion against Kinshasa in 2016 when they refused to recognize his appointment as chief of his tribe due to his anti-government stance. He was killed that August in a battle with Congolese police, but his men continue to violently resist.

The Kamwina Nsapu practice a local religion which forbids the consumption of certain foods during wartime, including meat, cassava leaves, cooking oil, hibiscus, vines — and fish. The murdered woman made the mistake of serving the rebels beans and fish.

"Convinced that she had broken their protection charms, the council of rebels led by a man named Kabata sentenced both the woman and the son of her husband's second wife [the young man was also working there that day] to commit incest in public," another anonymous eyewitness told France 24.

The rebels also reportedly refrain from having sex and washing their bodies. The incident occurred in Luebo, a town of over 40,000 residents in the Kasai District. The town was briefly occupied by the Kamwina Nsapu earlier this year. The group reportedly executed around 10 people and burned buildings during their occupation.

Both the Kamwina Nsapu and the Kinshasa government have been accused of horrific war crimes in the conflict that has claimed 3,300 lives and displaced over 1.4 million people according to the Catholic Church. A February 2017 video apparently depicted DRC soldiers massacring around 100 civilians in a Luba village. The Bana Mura, another militant group armed and equipped by Kinshasa to fight the Kamwina Nsapu, were reported in June by the UN Human Rights Commission to be specifically targeting Luba children and pregnant women, dismembering and stabbing them to death.

000000
Popular comments
Disgusting. This is why cultural differences have to be taken on a case-by-case basis... not "celebrated."