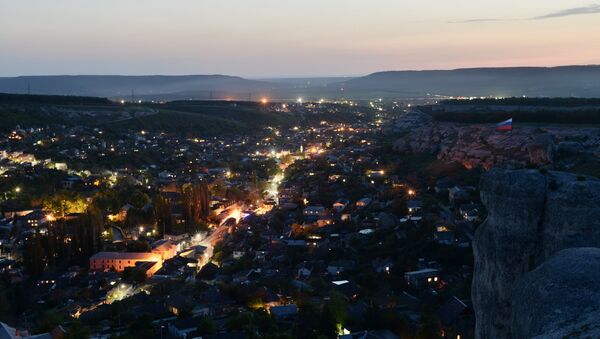 A delegation of businessmen and politicians from Norway has not found any cases of human rights violations during their visit to Russia’s Crimea region, Hendrik Weber, the head of the delegation, told Sputnik on Wednesday.

SIMFEROPOL (Sputnik) – The delegation, which included 11 politicians and businessmen from Norway, as well as two German lawmakers, started its week-long visit to Crimea on Thursday. In late September, the UN High Commissioner for Human Rights Office (OHCHR) released a report, claiming that human rights violations in Crimea had multiplied since the peninsula’s reunification with Russia in 2014.

"We have been looking and searching, but we have not found anything, because there are none of them," Weber said, referring to the cases of human rights violations.

The delegation’s head noted that he is not afraid of sanctions which he may face over the Crimea visit as telling the truth to people about the real state of affairs in the region is more important.

"Some may say that we are doing propaganda and there was a joke that we would be labeled as agents of [Russian President Vladimir] Putin, but we are not afraid of that, because it is public diplomacy work, related to telling the truth about what is happening in Crimea, it is very important. We will initiate a discussion in Norway, but I am afraid that it won't be easy," Weber, who is also the head of Norway’s public diplomacy organization, said.

Russia
Head of Norway's Delegation on Crimea: 'Nice Place Where People Live in Peace'
The delegates met with Crimea’s officials and residents to learn their vision of situation in the peninsula.

Crimea rejoined Russia in 2014, when 97 percent of the peninsula's residents voted in favor of the move in a referendum. Despite this, the reunification was not recognized by the majority of the Western countries, including EU member states, which subsequently imposed economic and political sanctions on Moscow. Moscow has repeatedly said that the referendum was conducted in compliance with international law.