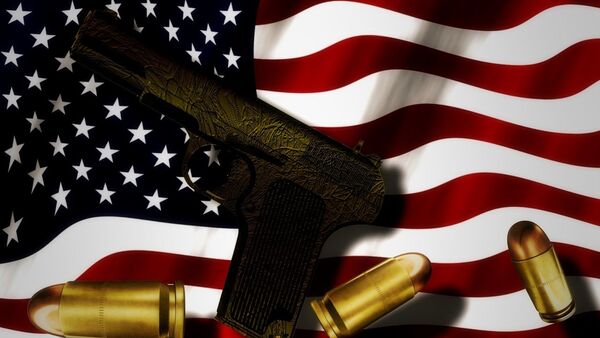 CC0 / /
Subscribe
In the aftermath of the latest mass shooting in the US, in which 58 people were killed and more than 500 injured at a concert in Las Vegas, YouTube has taken down tutorial videos on its site that show users how to modify guns into automatic weapons using “bump stocks.”

YouTube removed videos on its video-sharing platform that show users how to add a "bump" stock to a gun, which increases the number of bullets that can be fired and enables guns to fire automatically. Reports reveal that Paddock had converted his gun into an automatic weapon through "bump stock" devices, which only cost about $100.

"We have long had a policy against harmful and dangerous content. In the wake of the recent tragedy in Las Vegas, we have taken a closer look at videos that demonstrate how to convert firearms to make them fire more quickly and we've expanded our existing policy to prohibit these videos," a YouTube spokesperson told the Telegraph.

However, YouTube hasn't removed all videos related to bump stocks. While the Google-owned video sharing platforms has taken down "do it yourself" tutorials, they have left ones that provide instructive tutorials related to bump stocks.
Google, Facebook and YouTube have all faced increased scrutiny over material on their sites that facilitate violent acts or promote fake news.

After the Las Vegas shooting, Facebook's "Crisis Response" page for the massacre falsely identified the gunman as a "far-left loon," a story similarly propagated by Google through the platform's "Top Stories" results.

One day after the attack, a YouTube search on the shooting yielded a conspiracy-theory video as the fifth result. That video alleged that multiple gunmen were involved in the Las Vegas shooting, even though the FBI was quickly to find shooter Stephen Paddock solely responsible, the International Business Times reported.

This is not the first time that tech companies have been scrutinized over material promoted on their websites. After the Parsons Green tube station terrorist attack in London last month, Amazon was found grouping ingredients together that can create explosives under their "Frequently Bought Together" suggested-buying feature.

Some countries have taken strong stances against inappropriate online content. The German Parliament recently voted to fine tech giants 50 million euros if they don't take down offensive content within a certain time frame. The law goes into effect this month.

In 2013, Ireland established algorithms that delete material related to child abuse and pedophilia.