This is What Prehistoric Eurasian People Looked Like 30,000 Years Ago (VIDEO) 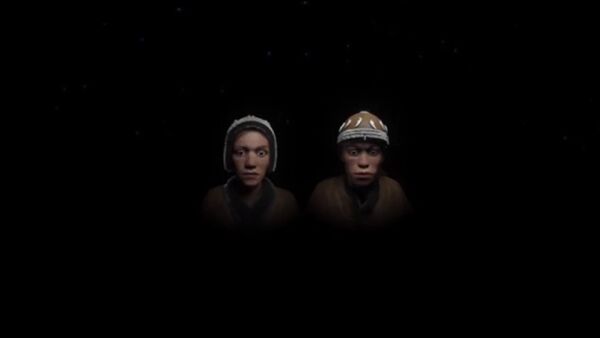 © Photo : Youtube/CorpusX
Subscribe
International
India
Africa
Russian scientists have managed to piece together the visual appearance of the ancient people who lived in northern Eurasia tens of thousands of years ago.

Scientists at the Russian Academy of Sciences’ Institute of Anthropology and Ethnography, together with the Visual Science studio and the Nauka 0+ Science Festival, have managed to reconstruct the appearance of people who lived in the vicinity of Sungir archaeological site some 30,000 years ago.

The 3D VR animation was performed using the cutting-edge facial reconstruction techniques and based on laser scanning and photographs of the skulls of two children found at the site, according to RIA Novosti.

Located approximately 200 kilometers to the east of Moscow, Sungir is an Upper Paleolithic archaeological site and one of the earliest traces of Homo sapiens’ presence in Europe.  Discovered in 1995, it is believed to be the remnants of a seasonal hunting encampment and has since yielded over 80,000 artifacts.