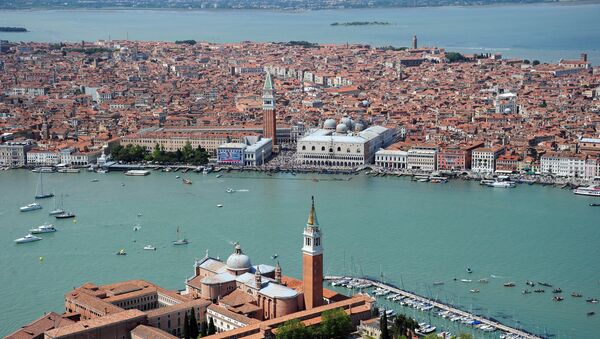 The Italian regions of Veneto and Lombardy are seeking autonomy and expected to hold referendums on October 22. Speaking to Sputnik, Italian expert Michele Ainis specifically emphasized the political importance of the referendums.

He referred to Article 116 of the Italian Constitution, which he paraphrased as saying that "each region of the country may have different powers, which were clinched during negotiations between the regions and the government."

"Resorting to Article 116, Veneto and Lombardy decided to find out the citizens' opinion, although this need not be done from the procedural point of view. The significance of these referendums is more political than legal," Ainis said.

Autonomy Versus Independence: Real Goal of Lombardy, Veneto Referendums
According to him, the referendums will provide a political basis for Veneto and Lombardy to demand greater autonomy in the tax sphere, which would help them save most of the money that these regions earn themselves.

The regions are located in the north of the country and include the cities of Milan, Verona, Padua and Venice.

"The number of those who are due to cast ballots will also be important from a political point of view. The governors of Veneto and Lombardy will be able to show the government that citizens support their demands," Ainis added.

He said that "theoretically, the real results in this situation strongly depend on the political situation in the country."

In this vein, Ainis suggested that if the right-wing parties came to power during the 2018 elections in Italy, all the demands of Veneto and Lombardy "would have been fulfilled in any case, with or without a referendum."

"At the moment, the referendums can be called just a political maneuver, which does not carry legal force," he pointed out.

German 'Catalonia'? Prospects of Independence Referendum Scenario in Bavaria
In this regard, Ainis pointed to the Emilia-Romagna region which is in talks with the Italian government on getting greater autonomy and which may achieve results faster without resorting to a referendum.

Ainis also said that the armed forces, police and social services are the only structures that should be developed at the same level in all the Italian regions, while any other issues should be resolved by the region itself.

"I believe that more autonomy should be given to the regions that are more economically developed and bring more money to the country's budget.Right now, there are five regions with special autonomy status in Italy, [including Sicily, Sardinia, Trentino-Alto Adige, Friuli-Venezia Giulia and Valle d'Aosta]. It would be fair if all the regions had a special status," he concluded.