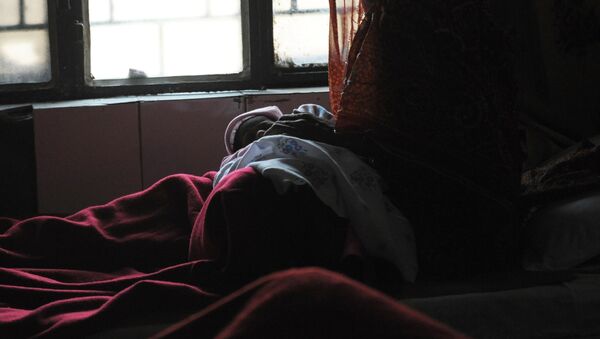 Investigations revealed that Julia Fernandes, the Kingpin, recently sold three babies to techies and doctors hailing from Delhi and Bengaluru for $7000 dollars each. Police are raiding various locations for unearthing older deals.

New Delhi (Sputnik) — Indian police have busted an inter-state baby-selling racket wherein newborns from poor families were purchased for as less as $300 and sold to richer people at exorbitant amounts. The racket was busted after a lady named Julia Fernandes was arrested from the financial capital Mumbai.

Julia, who is said to be the kingpin of the racket, came in the police net while she was negotiating with an agent the price of a baby she had recently purchased from a man named Munna Shaikh. She had allegedly purchased the baby for $300 dollars and was ready to sell it for $3000. Julia’s clientele included affluent doctors and engineers from other metropolitan cities like Delhi and Bengaluru.

Interrogations have revealed that the babies were mostly sold to childless couples looking for hassle-free adoption as the Indian government has recently tightened adoption laws. As per the Adoption Regulations, 2017, a single parent or married couple is not permitted to adopt more than one child of the same sex.

Foreign citizens, non-resident Indians, and those Indian nationals who are Muslims, Parsis, Christians or Jews are subject to a separate law of adoption called the Guardian and Wards Act of 1890. Under this act, the adoptive parent is only the guardian until the child is 18 years of age.