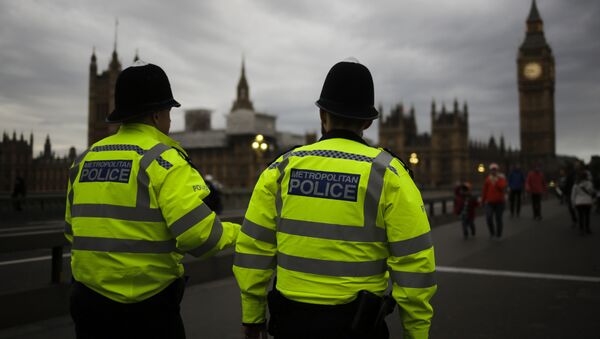 MI5 knew the UK's chief prosecutor had covered up a sex abuse inquiry into a British MP but did nothing. The police uncovered credible evidence of the politician's guilt, but were blocked in their investigation, an inquiry into abuse claims has heard.

UK domestic intelligence service MI5 was told prosecutors lied to journalists about their decision not to press charges against late Liberal MP Cyril Smith, but took no action as its role was "to defend the realm," the Independent Inquiry into Child Sexual Abuse (IICSA) has heard.

On October 9, the first day of hearings investigating historical allegations involving council homes and schools in Rochdale, lead counsel Brian Altman QC said the inquiry had contacted MI5 to ask for any information it had Smith.

The agency had provided documents showing it had been informed about "false representations to the press" by the Director of Public Prosecutions' (DPP) office.

Note by MI5's legal adviser from 1979 reveals the DPP knew the press were lied to about the existence of a Cyril Smith child abuse file pic.twitter.com/a0E4avAHPx

In May 1979, days before the general election, underground publication the Rochdale Alternative Paper published an article, "Strange Case," detailing the allegations against Smith, then-MP for Rochdale.

It claimed Smith had subjected boys at Cambridge House hostel to a series of "bizarre medical inspections" and savage spankings in the 1960s. With the exception of Private Eye, the claims were ignored by the mainstream media, and effectively shut down when the DPP's office said it had no files relating to Smith.

A police investigation had indeed been launched into the Liberal politician's alleged sexual abuse of young boys in 1970, but closed, after then-DPP Sir Norman Skelhorn concluded there was not enough evidence to prosecute him.

Skelhorn's ruling came despite police reports warning Smith "sheltered behind a veneer of respectability" and used his position "to indulge in a sordid series of indecent episodes with young boys towards whom he had a special responsibility" — and the allegations were moreover said to have "stood up."

"In the late 1980s, the agency at which I worked, won the account for a new slimming product, HPD (High Protein Diet). The creative team came up with idea of approaching a prominent fat person to be featured in an ad campaign," Ms. Kennett told Sputnik.

Smith "fitted the bill in terms of size and celebrity," she explained, and after being approached by agency representatives, he agreed to be involved.

"But, before the initial photo shoot could take place, we were approached by the police to warn against using him in the campaign, as he was likely to be charged with indecent behaviour with young boys — it was therefore scrapped," Ms. Kennett concluded.

The inquiry also heard then-Prime Minister Margaret Thatcher had almost certainly been aware of the allegations before awarding Smith a knighthood in 1988. A draft letter from Lord Shackleton on behalf of the political honours scrutiny committee to Thatcher directly referred to the police investigation and coverage in RAP and Private Eye.

"This knighthood… demonstrates the Lancashire investigation and the RAP article had been considered at the very highest level of politics, and seemingly did not prompt more than consideration of the DPP's decision not to prosecute. It's important to bear in mind the extent to which Smith continued to involve himself in serious issues related to the welfare of children. A knighthood would only have reinforced Smith's veneer of respectability and power," Altman said.

Thatcher backing Cyril Smith's knighthood despite knowing about the paedophile allegations is disturbing, particularly for her worshippers

​Laura Hoyano, representing eight alleged victims, said Smith was a "puppet master" who escaped justice, and suggested MI5 intelligence on the allegations "raised a spectre of collusion" over his activities.

"Was political pressure brought to bear upon the DPP from politicians and members of the Liberal Party from 1969 to 1970? Why would Sir Thomas Hetherington decide he should lie, stating he had not submitted a prosecution file? Why would the DPP contact MI5 about this at all?" Hoyano asked.

The inquiry has also heard Smith treated a children's home as his "personal fiefdom" and abused residents for "perverted amusement." The former MP died in 2010, and was never prosecuted for his alleged crimes.

Smith is not the only politician being posthumously accused of sex crimes. Former Prime Minister Edward Heath — who led a Conservative government between 1970 and 1974 — died in 2005, aged 89.

​In October, UK police revealed he would have been questioned over allegations he abused boys as young as 11 if he were still alive. Wiltshire Police spent US$2 million investigating claims by at least seven men, who said they were abused by Heath when they were children or teenagers.