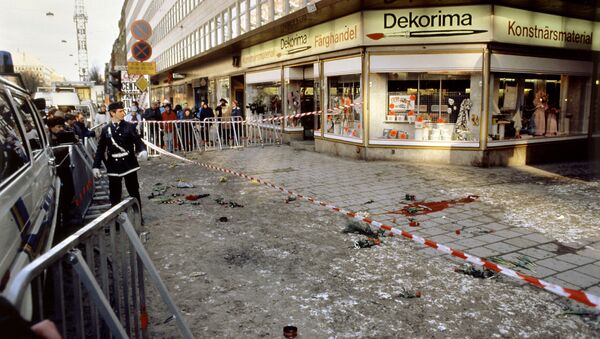 Baab and Harkavy's book, 'In the Spider Web of the Secret Services: Why Were Olaf Palme, Uwe Barschel and William Colby Murdered?', takes aim at the CIA's suspected involvement in the officials' deaths. Based on secret documents from seven different intelligence agencies, conversations with former agents, toxicology reports, and consultations with experts, the book seeks answers to long-standing questions about who was responsible for what have become among the most high profile political death and suspected suicide cases of the 20th century.

Speaking to Sputnik Deutschland, Baab, a renowned television journalist in his native Germany, said that there was a common thread tying all three of the officials' deaths together.

"Uwe Barschel, Olof Palme and William Colby had something in common," Baab explained. "All three were involved in one way or another in international arms trade in the context of the Iran-Contra scandal, and connected in some way with the CIA and NATO's 'Stay Behind' secret army network." The Stay Behind network, designed to carry out resistance, assassination and provocation operations during the Cold War, would have been activated in case of a Soviet invasion of Western Europe, or if far left parties ever came to power in democratic elections.

Christian Democratic Union (CDU) politician Uwe Barschel served as the head of the West German region of Schlewswig-Holstein from 1982 and 1987. On October 11, 1987, the politician was found dead in his hotel room in Geneva, Switzerland. The official version of his death said that he had committed suicide. Months earlier, in May 1987, Barschel had narrowly survived a plane crash. Theories have been floated over the decades saying that the politician was killed by Mossad. 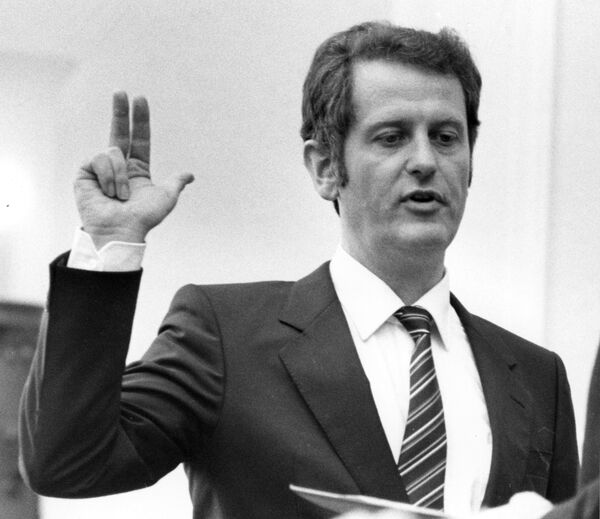 In their investigation, Baab and Harkavy consulted with Heinrich Wille, the Lubeck prosecutor's office chief investigator investigating the Barschel case.

"This is simply unthinkable," Wille said, speaking at the book's presentation in Berlin last week. "The head of a German federal state dies abroad under unclear circumstances, and no one shows any interest in the matter. The official authorities hushed up the matter."

Going Underground: What Russian Doomsday Bunkers Look Like
But the researcher did not give up. "I managed to find out that Barschel officially maintained contacts with the CIA. That is, not only in secret. He officially informed the Federal Office for the Protection of the Constitution [West Germany's domestic security agency] about his contacts with the CIA," Wille explained.

Baab confirmed that the CIA had gotten to the politician when he was a young man. "After graduation, Barschel worked in a notary's office. Through this notary office, on the orders of the CIA, or at least with the agency's acquiescence, arms deals of a global scale were made." This included dealings connected to the Iran-Contra affair, a Reagan-era scandal involving the sale weapons from the US and its allies to Iran (Washington's sworn enemy) to help fund anti-government rebels in Nicaragua.

"We assume that that the CIA was involved in Barschel's death, and that the deat was in fact a murder," Baab said. The authors' evidence includes the fact that the doctor who first studied Barschel's body "had himself turned out to be a CIA double agent. This explains why the first conclusion from the results of the autopsy turned out to be incorrect." According to the journalist, new toxicological evidence shows that the German politician was in fact murdered.

On the night of February 28, 1986, Swedish Prime Minister Olof Palme was assassinated in central Stockholm. In the thirty years since, a wide number of theories have circulated about who was behind the murder. 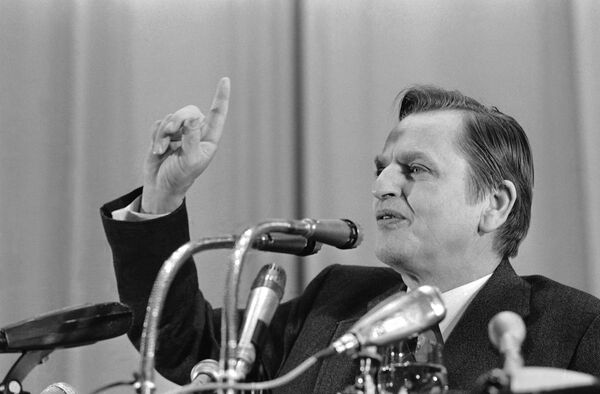 Swedish Prime Minister Olof Palme is shown at a news conference on Wednesday, April 7, 1976 during a visit to Moscow
© AP Photo / BY

According to Baab and Harkavy, Palme was a victim of the CIA. "We have at our disposal the protocol from a December 15, 1985 meeting of the staff of the headquarters for the planning of secret operations operating under the leadership of NATO's secret Stay Behind army. From this we can conclude that the CIA and the MI6, with the participation of Stay Behind, ordered Palme's murder," Baab explained.

What and How CIA Knew About Soviet Earth Satellite Program
According to the journalist, the agencies used a former Iranian agent with CIA training for the operation. The presumed motive behind the assassination was NATO's concern that Palme was looking for ways to normalize relations with the Soviet Union, and given his stance regarding a nuclear-free Europe.

"We're talking about a specific kind of operation by the intelligence services," Baab noted. "This is about secret special operations. Palme, Barschel, Colby. To use CIA slang, these were 'targeted killings'. Often such tasks were given to subcontractors…Those who pulled the strings sought to remove themselves as much as possible from these actions to prove that they have nothing to do with them and never heard about them."

Colby: CIA Money Laundering Caught Up With Him?

Intelligence officer William Colby served as director of the CIA in the mid-1970s. On April 27, 1996, he died under mysterious circumstances. According to the official story, he drowned in a canoeing accident near his weekend home in Rock Point, Maryland. 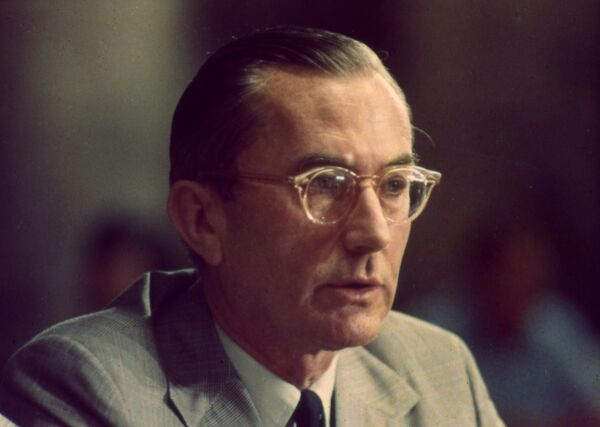 Baab explained that Colby was the man largely responsible for the creation of the NATO Stay Behind army in Sweden in early post-WWII Europe, notwithstanding the country's formal neutrality. "Therefore, until his death, he kept his own contacts in Sweden. One of them was a member of the CIA and of the secret army, and also the first head of the investigation into Palme's murder," the journalist noted.

Uncovered Files Raise More Questions About 1956 Disappearance of 'Buster' Crabb
After his retirement as CIA chief, Colby became a lawyer at Nugan Hand Bank, an Australian merchant bank that collapsed in 1980 after the suicide of one of its founders.

"This bank was used as a cover for CIA money laundering operations in connection with the trade in arms and drugs. We know this from documents that we have received from Australian investigators," Baab said, adding that the bank had a branch in Hamburg, West Germany called FA Neubauer. "If one were to request the relevant information from the German banking sector supervisory authority, one is told that there is no information about this bank," the author added.

Baab and Harkavy believe that the West German bank was a clandestine CIA front that also ran an arms business. And here was the connection to Barschel, who carried out weapons deals in northern Germany with CIA approval.