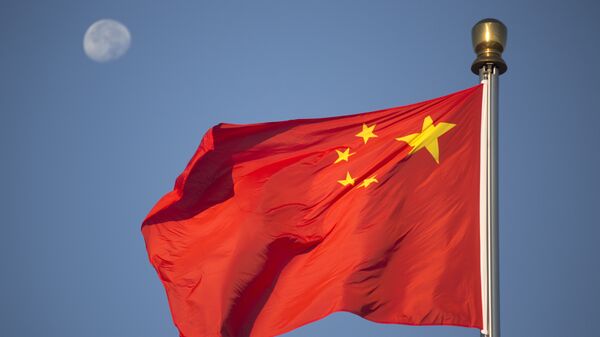 Amid rumors of possible US withdrawal from the Iranian nuclear deal prompted by a "calm before the storm" statement by President Donald Trump, another P5+1 group member that brokered the agreement back in 2015, China, has voiced strong support for the JCPOA.

BEIJING (Sputnik) — Beijing hopes that the Iranian nuclear agreement will be further implemented despite reports about possible US withdrawal from the deal, spokeswoman of the Chinese Foreign Ministry Hua Chunying said Monday.

"The comprehensive agreement on Iran is a good example of settling an international problem through negotiations, which played an important, positive role in sustaining the international non-proliferation regime and ensuring regional peace and stability in the Middle East. We hope that this agreement will be further implemented," the spokeswoman said.

Beijing's statement came amid rumors of the possible US withdrawal from the Iranian nuclear deal fueled by Trump's controversial remark during a dinner for military commanders attended by reporters. Trump puzzled the White House media pool on Thursday evening, referring to the time during which he posed for a photo with the country’s military leaders as "the calm before the storm."

Iran Strikes Back at Trump Amid 'Calm Before the Storm' Speculations
The statement prompted media speculations, saying that the US is going to withdraw from the Iranian nuclear deal with The Washington Post reporting citing anonymous officials that Trump was expected to announce within a week that he would "decertify" the international nuclear deal with Iran because it was not in the US national interests.

On Saturday, Iran yet again defended the nuclear deal with the country's president saying that Donald Trump cannot change the fact that the agreement is "irreversible."