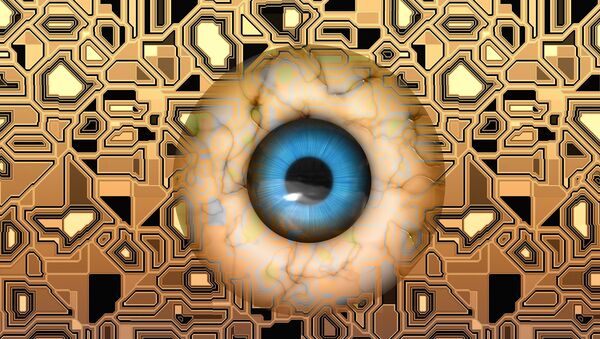 CC0 / /
Subscribe
International
India
Africa
While some Silicon Valley technologists and maverick Christians embrace former Google and Uber engineer Anthony Levandowski’s idea to create a god based on artificial intelligence to make human society better, many scientific experts and politicians are scared by the prospect of worshiping a “god bot.”

Anton Skripunov (RIA Novosti) — Anthony Levandowski has set up a religious nonprofit organization called Way of the Future and devoted to the worship of artificial intelligence (AI).

“Our mission is to develop and promote the realization of a Godhead based on artificial intelligence and through understanding and worship of the Godhead contribute to the betterment of society,” the organization’s founding documents say.

The new god is seen by US media as an almighty bot that will cater to all of its adherents’ wishes. What will make it different from biblical God, however, is that it will be genuinely kind and will not punish mortals.

AI is God: Ex-Google Engineer Creating New Religion
Speaking about Levandowski’s idea, Pastor Christopher Benek,a member of the Christian Transhumanist Association, said that "I totally think that AI can participate in Christ’s redemptive purposes,” as quoted by the Guardian, by ensuring it is imbued with Christian values.

The Transhumanist Christians espouse the idea that people can and should use science and technology to make the world better.

Levandowski’s idea looks appealing to some of his Silicon Valley colleagues who believe that 25 years from now AI will catch up with human intelligence, and 50 years later will leave it behind.

“In the beginning all we had was just chat bots,” Facebook product manager Kemal El Moujahid wrote.

What they like most in Levandowski’s concept is that the new deity will be created by man. US media point to a notable religious drive now evident in Silicon Valley.

Not everyone in Silicon Valley is happy about the idea of a digital god though, above all Tesla CEO and Space X founder Elon Musk, who warns about the dangers of AI.

He and many other inventors and scientific experts argue that a “Terminator scenario” where machines rise against humans and unleash war is a real possibility.

Russia’s President Vladimir Putin then added to the debate by saying that even though artificial intellect holds the future for Russia and the whole world, it is also fraught with unpredictable threats.

“Whoever becomes the leader in this sphere will become the ruler of the world,” Putin said during an open lesson with students on September 1, the start of the school year in Russia.

However, the president said he would not like to see anyone “monopolize” the field.

Science & Tech
Blowing Up the Music Industry? Artificial Intelligence Drops First Pop Album
Elon Musk responded to this by warning that a race toward "superiority" between countries over artificial intelligence could be the most likely cause of World War III.

Meanwhile, the Protestant clergy have doubts about artificial intelligence's ability to reach the heights of divinity, with Bishop Konstantin Bendas, the second in charge of Russia’s Evangelist Church, arguing that technological achievements are just an instrument of good or evil.

“Inventions do not bring people closer to God or take them away from Him. They do not make us better,” Bishop Bendas emphasized.

He compared the idea of creating a digital god to the biblical story about the Tower of Babel, which people ventured to erect to reach heaven, only to end up speaking different languages.

With the debate over Anthony Levandowski’s idea heating up, Silicon Valley could well repeat the fate of the biblical tower that was never built.