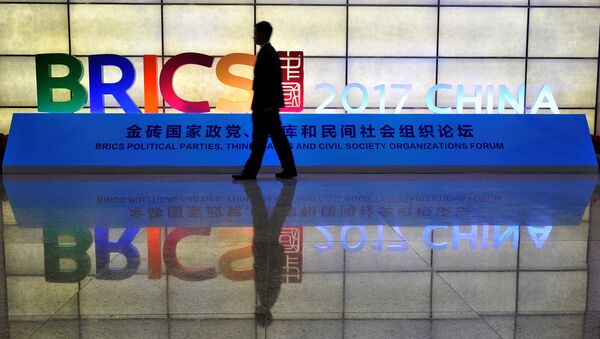 © REUTERS / Stringer
Subscribe
International
India
Africa
Former Brazilian president Dilma Rousseff claims that the BRICS club of emerging powers is a key achievement of this century as it created space for action as never seen before.

MOSCOW (Sputnik) — Brazil’s former President Dilma Rousseff has praised the BRICS club of emerging powers as a key achievement of this century, in an interview with Sputnik.

Africa
China Extends Invitation to Egypt to Join BRICS
Brazil, Russia, India, and China held the group’s first summit in 2009 and were joined by South Africa the following year. Together they account for over one third of the world's population and a significant portion of the total output in goods and services.

"There are countries with a large population, vast territories and ample riches. They showed up and created large space for action as never seen before. I think the emergence of BRICS was one of the fundamental events of the 21st century," Rousseff said.

Brazil’s impeached president called BRICs the proof that a multipolar world could exist at a time when the United States tried to force its will on the entire region and treated Latin America as its "backyard."

She also accused the administration of sitting President Michel Temer who took over in summer 2016 of blindly following orders of US President Donald Trump.