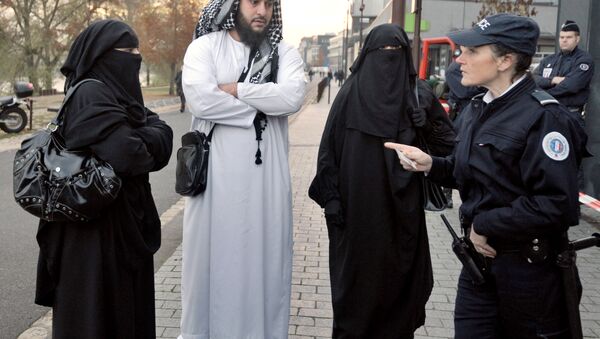 Swedish feminist artist and writer Ulla Lundegård has sparked a controversy with her opinion piece, in which she expressed support of plural marriage, while also taking a swing at traditional family structures.

Ulla Lundegård's controversial article published in the tabloid newspaper Expressen came as a reply to the public outcry sparked by Nacka Municipality's decision to buy three homes worth $1.7 million of taxpayers' money at the popular Saltsjöbaden resort for a Muslim immigrant with three wives and 16 children.

In her piece, 65-year-old Ulla Lundegård contended that she could not understand the public outrage over people with several wives, where polygamy traditionally hasn't been accepted. Unperturbed by the cost, which many perceived as overblown, she slammed the critics of this decision, arguing that the polygamist's numerous descendants "also had the right to a dignified life and a residence in Sweden."

Syrian Migrant With 3 Wives, 16 Kids Handed 3 Chic Homes at Swedish Resort
According to Lundegård, polygamy had its benefits compared to a traditional marriage.

"It may even be that they live a much more interesting life than many Swedish couples do after thirty years 'in the industry,'" Lundegård wrote. "Women may even develop some kind of affinity between each other," she added from a feminist standpoint.

Lundegård urged her fellow Swedes never to let "prejudice and established tradition-bound norms" stand in the way of the perception of plural marriage, arguing that her compatriots possessed little practical knowledge of polygamous relationships, being long governed by patriarchal traditions and Lutheranism.

"The children have three mothers with different qualities and ages that are ready to step in when needed. They can even share their love for the man and live in the same house! It's more than any of us can imagine," Lundegård said, conjuring a dismal picture of a traditional family as unhappy and largely dysfunctional and claiming that most abuse happens within traditional family structures.

Lundegård admitted, however, that she herself did not find the perspective of being married to three men particularly appealing.

"Three men and only one woman. By golly, it would not be an easy match!" she wrote.

New Swedish Books Enlighten Preschoolers About Islamic Clothing, Polygamy
Among others, Turkish-born feminist Sakine Madon wrote in her reply in Vestmanlands Läns Tidning that polygamy constituted the very same "tradition-bound" norm that contributed to the subordination of women and thus should be repealed. Madon also urged Lundegård to stop glorifying "patriarchal polygamy," rhetorically asking to be woken the day a woman in Syria could marry three men.

Unlike many other European nations, Sweden is known to recognize polygamous marriages performed abroad. All the wives are subsequently registered as spouses in the population register, yet only the first one is recognized officially in decisions made regarding residence permits and social security.

Today, there are about 300 cases of polygamy registered in Sweden. In late September, Migration Minister Heléne Fritzon commissioned the Tax Agency to map these marriages.

In 2016, Göran Lind, a professor of civil law at Örebro University condemned Sweden's approval of polygamy, arguing that it was alien to the Swedish legal system and violated the constitutional requirement for gender equality, the trade newspaper Dagens Juridik reported.