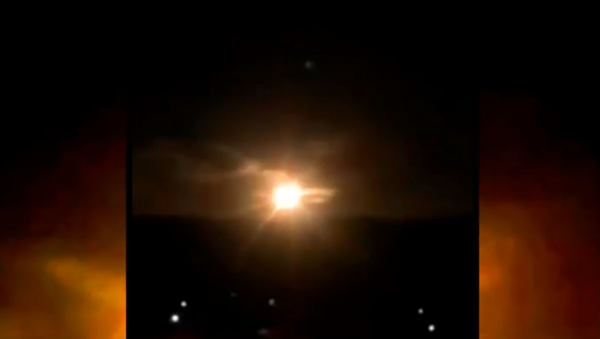 On Wednesday night, observers in China were admiring the full moon in celebration of their traditional Mid-Autumn Festival when they suddenly saw three meteors explode in the dark sky before their very eyes.

The giant fireballs appeared in the sky over Shangri-La County in Yunnan Province in southwest China.

One eyewitness told MailOnline that the meteors lit up the sky for about five seconds. According to another eyewitness, the meteors landed in a small village about 25 miles from Shangri-La, the Daily Mail reported.

​Zhang Xingxiang, an expert from the Yunnan Observatories, Chinese Academy of Sciences, said that the meteors appears to be bolides, which are known for being extremely bright, sometimes rivaling or exceeding the brightness of a full moon.

​NASA confirmed that a fireball explosion took place yesterday at the same time and location that eyewitnesses in China reported the meteors.

According to NASA, the explosion is believed to have generated 0.54 kilotons of energy, which is equivalent to the amount of energy released from detonating 540 tons of TNT.