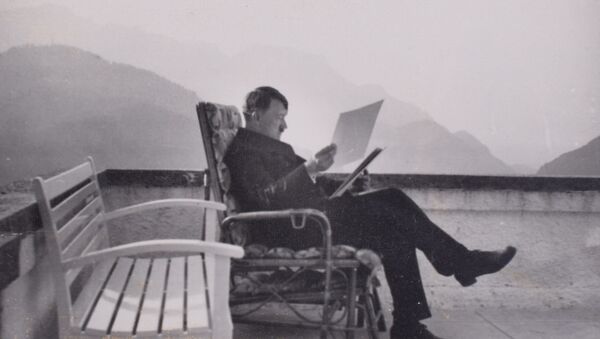 © Photo : C&T Auctioneers and Valuers
Subscribe
A man with a screwdriver has assaulted a painting by Adolf Hitler while shouting obscenities in an art museum in a small town in Italy.

The man, who appeared to be about 40 years of age, lunged at the painting with a screwdriver while shouting "s***head," according to the Luxembourger Wart.

A museum guard managed to stop the attack, but the vandalist successfully fled the museum. 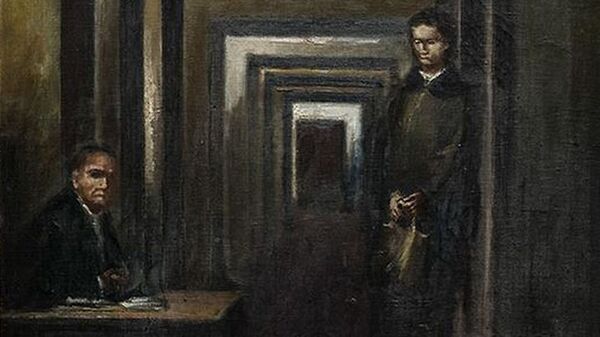 Evil Contacts: Adolf Hitler's Phone Book Actioned Off for Almost $45,000
The Museo di Salo in Lombardy, Italy became among the first in the world to publically display an oil painting by the dictator. The untitled, undated work was lent to the museum by an unnamed German collector, and is being presented as part of a traveling 'Museum of Madness' exhibit, which opened earlier this year. The owner was contacted following the attack, but did not file a claim after assessing the damage, which consisted of only minor splintering.

Before starting his political career, Hitler aspired to be an artist, but was twice rejected by the Vienna Academy of Fine Arts, due to his lack of skill in drawing the human form. Before WWI, Hitler painted postcards and city landscapes to scrape together a meager living. He gave up painting after the war.

Museum curator Vittorio Sgarbi admitted to Italian news agency ANSA that the Hitler painting was "a piece of crap," but added that it shouldn't be censored.

"It's a painting by a hopeless man; it could have been done by Kafka, and says a lot about his psyche: here you do not see greatness, you see misery," he said. Sgarbi also denounced the attack, stressing that censoring even such "contemptuous" works would be akin to "reproducing the censorship and hatred expressed by the dictatorship."

000000
Popular comments
The museum did nazi that attack coming.

dee_snutz
5 October 2017, 18:08 GMT
000000
The painting looks pretty decent to me. Hitler wasn't bad at all in painting. It was probably a Jewish activist to do such a thing. They are known for their violence.