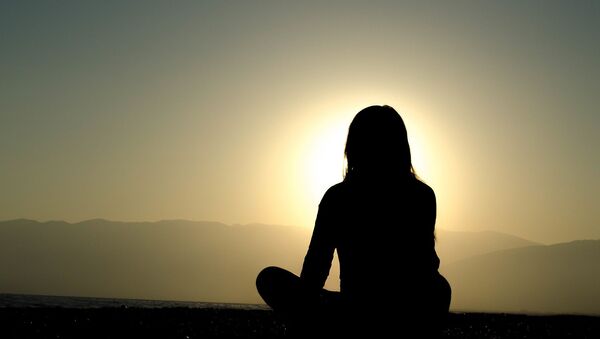 A few minutes of meditation each day could not only relieve your stress but may also lower your chances of dying from heart disease, new research says.

"Neurophysiological and neuroanatomical studies demonstrate that meditation can have long-standing effects on the brain, which provide some biological plausibility for beneficial consequences on the physiological basal state and on cardiovascular risk," the report states.

"Overall, studies of meditation suggest a possible benefit on cardiovascular risk, although the overall quality and in some cases quantity of study data is modest," the statement adds.

According to Glenn N. Levine, a professor of medicine at Baylor College of Medicine in Houston, who was involved in the study, additional studies need to be done to conclusively determine the effect of meditation on the heart.

"Certainly, it would be desirable to have larger trials that follow patients for a longer period of time," Levine said, the Daily Mail reported.

"Since education on how to meditate is widely available and meditation has little if any risk associated with it, interested people may want to use these techniques, in addition to established medical and lifestyle interventions, as a possible way to lower heart risk," Levine said.

However, people should not rely on meditation as the primary treatment for heart disease, which can be curbed by controlling cholesterol and blood pressure, quitting smoking and remaining physically active.

"It's important that people understand that the benefits remain to be better established and that meditation is not a substitute for traditional medical care," Levine explained.

Although meditation, which has been around for centuries, is often linked to Eastern religions, including Buddhism and Hinduism, it has been increasingly been used as a therapeutic mechanism to help with mindfulness and stress relief during the last few decades.