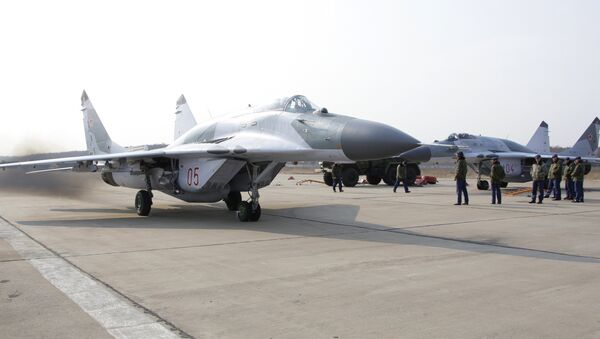 Two MiG-29s arrived on Wednesday from Russia to Belgrade, thereby completing the delivery of six fighters within the framework of the Russian military-technical assistance to Serbia, the Tanjug news agency reported citing its own source in the country's Defense Ministry.

BELGRADE (Sputnik) — According to the report, the two planes in disassembled condition were delivered by an An-124 heavy transport plane to Batainitsa military airfield on Wednesday afternoon, while two more arrived on Tuesday, and the first two — on Monday.

NATO Will 'Drag Serbia Into Major Fight' Over Possible S-300 Deliveries
Since then, the two countries have issued different delivery timeframes, including by this year-end. The source has now told Sputnik that the aircraft are set to be first demonstrated on October 20, during a national military parade, which will mark the anniversary of the liberation of Belgrade in the Second World War.