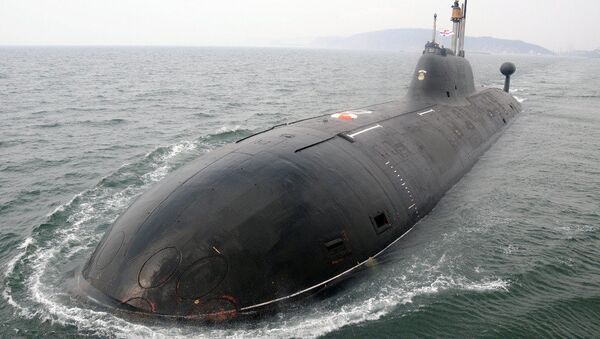 The Russian-made INS-Chakra is the Indian Navy’s only operational nuclear attack submarine. The INS-Arihant, poised to be India’s second nuclear submarine, has cleared trials but is awaiting final clearance from the Indian Navy.

New Delhi (Sputnik) – A Russian nuclear submarine leased by the Indian Navy has been severely damaged in an accident and has not sailed for a month. According to ‘The Print’, the attack submarine is currently berthed at its home port of Visakhapatnam for repairs.

The sonar dome of INS Chakram, which has a submerged displacement of 12,770 metric tons suffered severe damage in an accident that occurred sometime in August this year, according to reports.

Indian Navy to Have Submarine Hunter Aircraft aboard All Its Warships
Sputnik tried to confirm the extent of damage to the submarine, but naval officials at Vizag did not divulge any substantial information despite repeated calls.

“Concerned officials have been engaged in the meeting since morning. We are not able to say more than this,” a naval officer who did not wish to be named told Sputnik.
Nevertheless, sources said that the sonar dome was damaged either while the ship was sailing off the coast of Visakhapatnam or while it was negotiating the narrow channel while entering the harbor.

“The sonar dome is the protective cover of the sonar-eyes and ears of the ship, which is located in the bow of the submarine just below the torpedo tubes. The time taken to repair it will depend on the extent of the damage. We should wait for an official statement on this issue. But, yes, if the submarine receives any damage, it is a very sensitive issue,” Commander Abhay K Singh (Ret.), a research fellow at the Military Affairs Centre in the Institute for Defence Studies and Analyses in New Delhi told Sputnik.

The Indian Navy had formally inducted the nuclear-powered submarine into its fleet in April 2012 on a 10-year lease from Russia at a cost of approximately $900 million.