Up Yours! Man Flips the Bird to Las Vegas Shooter Amid the Carnage (VIDEO) 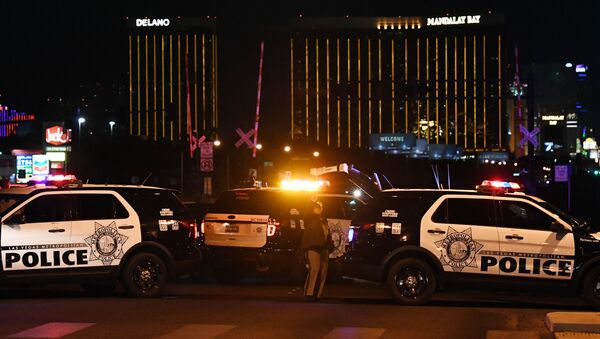 While people around him were scrambling for cover, a lone man has been caught on camera standing upright and giving the middle finger to the gunman amid the Las Vegas shooting spree.

Even as Stephen Paddock rained bullets upon the people gathered at the Route 91 Harvest Festival on the Las Vegas Strip, one man was seen standing defiantly and making an obscene gesture in the direction of the shooter.

The man stood unfazed in the face of danger, although a subsequent volley of gunfire did prompt him to follow the calls of other bystanders to “get down.”

At least 59 people have been reported killed and 527 injured after Stephen Paddock, 64, opened fire upon people attending the Route 91 Harvest Festival on Las Vegas Strip from the 32nd floor of the Mandalay Bay Hotel. The incident has become the deadliest shooting in US history.