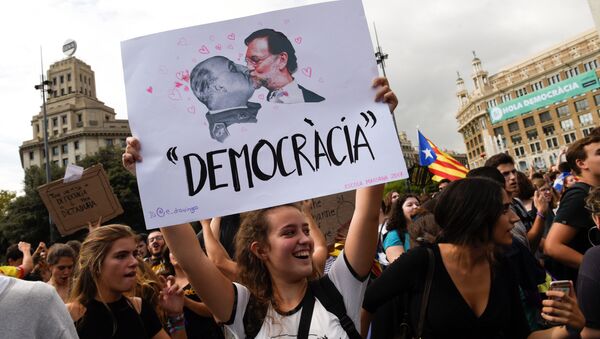 © REUTERS / Eloy Alonso
Subscribe
International
India
Africa
Although it is difficult to predict how the standoff between Catalonia and the Spanish government could play out, following a referendum marred by police brutality, an expert told Sputnik tensions between Madrid and the regions have always been there but it is ultimately the Spanish constitution that stands in the way of Catalonia's independence.

The President of the Catalan regional parliament, Carles Puigdemont, has said Catalonia has won the right to statehood, following a vote in favor of independence in a referendum on October 1, which was marred by violence.

Dr. Alejandro Quiroga, a reader in Spanish history at Newcastle University, told Sputnik that to understand the current crisis you needed to accept the history of Spain and the links with the Franco regime.

Catalonian Independence and the Ghosts of the Spanish Civil War
"There is nothing you can really call Spain before the late 15th century," Dr. Quiroga told Sputnik, saying the marriage of King Ferdinand II of Aragon and Queen Isabella I of Castile in 1469 created the Spanish nation, which then carved out a mighty empire in Latin America. Aragon included Catalonia, and Catalan nationalism laid dormant for centuries.

It began to rise during the 20th century, especially as the dictator Francisco Franco centralized power in Madrid. When Franco died in 1975, one of his ministers, Manuel Fraga, set up the Alianza Popular, a conservative party which renamed itself the People's Party (PP) in 1989.

Spain's current Prime Minister, Mariano Rajoy, is at the head of a PP government, and Dr. Quiroga said there remain links with the Franco regime.

"Many of those running the party today are the sons and daughters of Francoists," Dr. Quiroga told Sputnik.

Franco encouraged a strong, centralized Spain, and although he allowed local folk cultures to flourish in the regions, he was violently opposed to Basque, Catalan and Galician nationalism.

Constitution: 'Designed to Be Hard to Change'

Dr. Quiroga said that ironically the Spanish constitution was drawn up in the late 1970s to protect citizens' rights and to protect freedom of speech and freedom of the press.

"It was designed to be hard to change so as to protect people's rights but it has become a problem because it's very difficult to adapt when there is clearly a problem and a strong demand for independence from Catalonia." 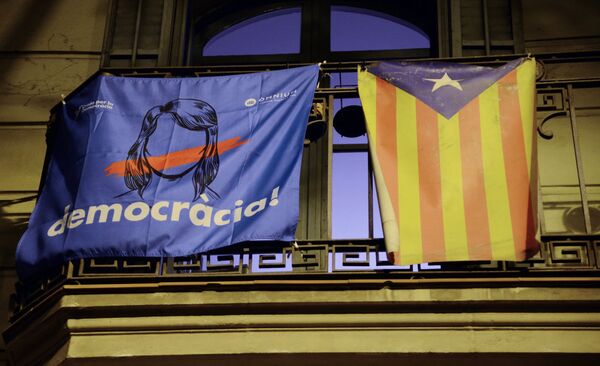 Spanish law has a ban on secession and it's the same as the French, German and Italian constitutions. It is a fairly common standard in western Europe, Dr. Quiroga explained.

He said Britain did not have a written constitution, so it had been easier for the then-Prime Minister David Cameron to pass legislation which allowed for a referendum on Scottish independence.

"In Spain you would first need a national referendum on amending the constitution, then you would need to elect a new parliament and get it passed by a majority of two thirds. It is a very complex process," he told Sputnik.

Mr. Rajoy said Catalans had been fooled into taking part in an illegal vote, and critics have pointed out the turnout in the referendum was only 42.3 percent, while the European Commission has also pointed out Catalonia's referendum was illegal according to Spanish law.

Dr. Quiroga believes it is difficult to know what might happen in the next few days.

"The Catalan government may declare independence tomorrow [Tuesday, October 3], but the problem is that you need someone to recognize that state, and that is not going to come from Brussels, or London, or Paris or Berlin," Dr. Quiroga told Sputnik. 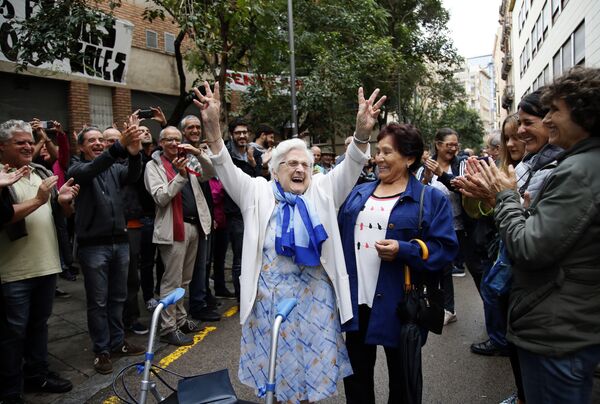 An elderly lady is applauded as she celebrates after voting at a school assigned to be a polling station by the Catalan government at the Gracia neighborhood in Barcelona, Spain, Sunday, 1 Oct. 2017. The Spanish government and its security forces are trying to prevent voting in the independence referendum, which is backed by Catalan regional authorities. Spanish officials had said force wouldn't be used, but that voting wouldn't be allowed.
© AP Photo / Bob Edme

"If they declare independence, how will the Spanish government react? Nobody really knows," he added. 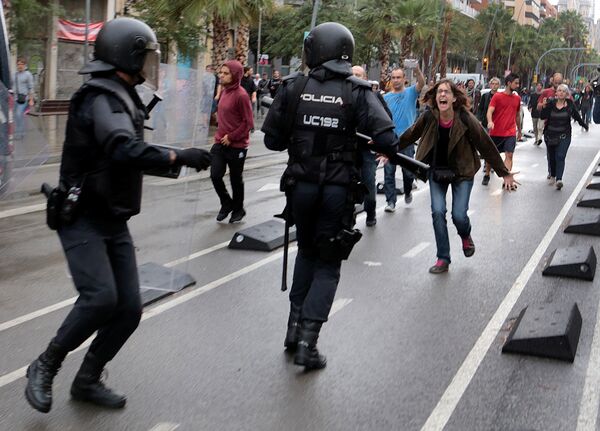 A woman yells at riot police near a a polling station for the banned independence referendum in Barcelona, Spain, October 1, 2017
© REUTERS / Enrique Calvo
Newsfeed
0
Access to the chat has been blocked for violating the rules . You will be able to participate again through:∞. If you do not agree with the blocking, please use the feedback form
The discussion is closed. You can participate in the discussion within 24 hours after the publication of the article.
To participate in the discussion
log in or register
loader
Chats
Заголовок открываемого материала