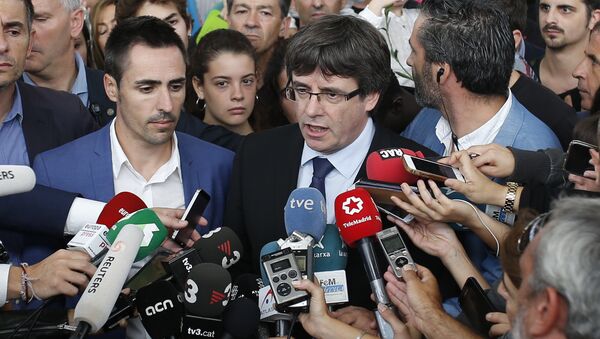 Following a violent and chaotic Sunday independence referendum in Catalonia, Puigdemont announced that the breakaway region has won the "right to independence."

While specifics on the vote tally appear to be in short supply, the Catalan leader has affirmed that the region has won the right to be an independent, sovereign state, according to reports.

"We have won the right to have an independent state in the form of a republic," declared Puigdemont, surrounded by senior Catalan leaders, during a live televised address, cited by the BBC.

Puigdemont asserted that Europe and the EU would no longer be able "to look the other way," with regard to a free and independent Catalonia.