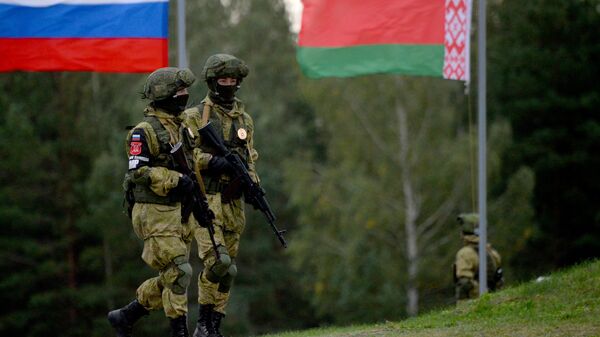 According to a statement issued by the Russian Defense Ministry, no Russian troops remained in Belarus after the Zapad-2017 joint drills.

MOSCOW (Sputnik) — The Russian Defense Ministry on Saturday refuted Ukraine's allegations that some Russian troops remained in Belarus after the Zapad-2017 joint drills, held on September 14-20.

"As regards Russian units that took part in the joint strategic drills Zapad-2017, all of them returned to their permanent bases," the ministry said in a statement.

On Friday, Ukraine’s Chief of General Staff Viktor Muzhenko told the Reuters news agency that Russia had not withdrawn all its troops from Belarus after the end of the joint drills.