On the Rise: Age of Japanese Fathers Going Up 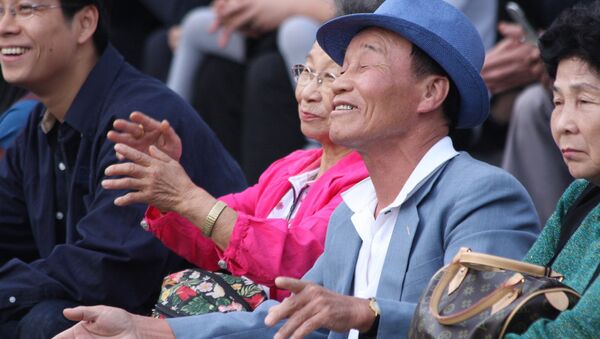 With the average age for marriage in Japan going up, the number of first-time fathers aged 50 and older is growing accordingly, The Japan Times reported.

Even though fathers with a bit more life under their belt may at times feel too tired to play with their kids, most of them have increased time and money to devote to their kids.

Makoto Arakaki, a 51-year-old professor at Okinawa Christian University, has to wake up every morning to make breakfast for his 2-year-old daughter and take her to a day care center because his 33-year-old wife leaves home before 7 a.m.

Japanese 'Boot Camp' for Young Fathers
Besides tiring easily, he also worries whether he will stay in good shape, make enough money to pay for his daughter’s education and live long enough to see her get married.

Makoto Arakaki took his time getting married preferring instead to focus on his scientific research, but since his daughter was born two years ago he has been putting her first, not himself.

“When I was young, I had so many things I wanted to do. I couldn’t have devoted myself to child-rearing,” he told the newspaper. “Now that I have gained some experience, I can give my all to An.”

According to Japan’s Health, Labor and Welfare Ministry, the average age at which men become fathers keeps rising and in 2015 reached 32.7 years.

Later marriages are also on the rise with the average age reaching an all-time record of 30.7 for men and 29.0 for women in 2015, The Japan Times wrote.