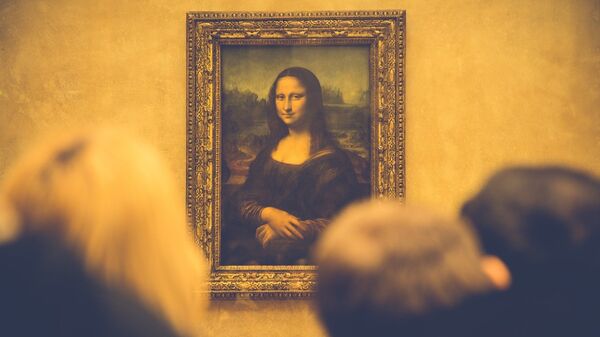 A charcoal sketch of a nude woman found at a museum outside Paris could have been a preparatory work for Leonardo da Vinci’s Mona Lisa masterpiece and could be "at least in part" the work of the great Renaissance painter, a French art expert suggested.

The large drawing, known as the Monna Vanna, which has been part of a large collection of Renaissance art at the Conde Museum north of the French capital since 1862, has until now been attributed only to the Florentine master’s studio, but not himself.

However, after a series of tests at the Louvre Museum in Paris, experts now have strong reasons to believe that Leonardo worked on both.

"It is not a pale copy. We are looking at something which was worked on in parallel with the Mona Lisa at the end of Leonardo's life, museum curator Mathieu Deldicque told reporters, adding that “it is almost certainly a preparatory work for an oil painting.”

He also said that the hands and body on both the Monna Vanna and the Mona Lisa are almost identical and that both portraits are almost the same size.

Take That, Art Majors! Neuroscientists Say Yes, Mona Lisa’s Smile is Happy
Experts still believe they may need some more time to definitively attribute the sketch to Leonardo, who died in France in 1519.

“The hatching on the top of the drawing near the head was done by a right-handed person. Leonardo drew with his left hand,” Louvre conservation expert Bruno Mottin said.

​“It is a job that is going to take some time,” he added.

Art experts hope that they will be able to figure out the sketch’s author before the Chantilly Museum holds an exhibition in 2019 to mark the 500th anniversary of Leonardo da Vinci’s death.