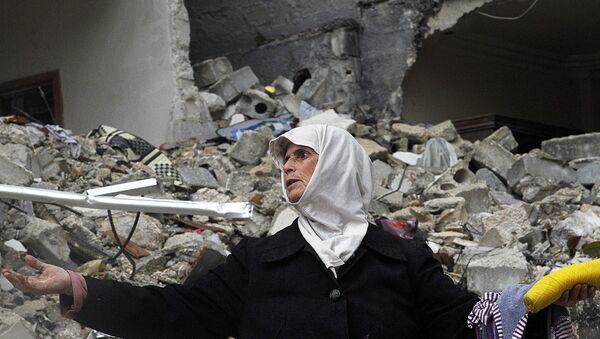 The US-led anti-Daesh coalition identified 50 new unintentional civilian casualties in strikes conducted against the terrorists. In total, the number of civilians killed in the operations has increased to 735, Operation Inherent Resolve said in its monthly casualties report on Friday.

The report also writes that the anti-Daesh coalition is still reviewing 350 reports of civilian casualties.

"A total of 350 reports are still open and being assessed at the end of the month," the report stated.

The coalition completed an assessment of 185 civilian casualty reports in June, determining that only 14 of them were credible and indicated that 50 unintentional civilian deaths took place.

The report noted that only 0.33 percent of the strikes resulted in credible reports of civilian casualties.

On Monday, coalition's airstrikes left nine civilians dead in the northeastern province Hasaka. Those killed included an Iraqi family of six that had escaped Daesh violence in Mosul, according to SANA. Citing sources, the agency added that the coalition had also launched airstrikes on the villages Hadaj, Huneidis and Hassan Ali near the Iraqi border, which has resulted in "huge material damage." On September 17, SANA said the coalition's warplanes left at least 12 civilians dead near the city of Deir ez-Zor.