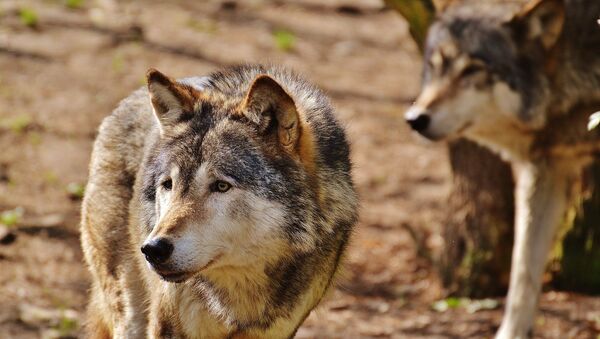 CC0 / /
Subscribe
A post-mortem examination has been carried out on a British social activist who was killed in northern Greece. A coroner said he believed Celia Hollingworth was eaten by wolves.

A coroner has said he believes a British activist killed in a remote corner of northern Greece was eaten alive by wolves.

Celia Hollingworth, 63, was a member of the Bristol Greece solidarity campaign, which supported ordinary Greeks struggling in the face of massive austerity cuts imposed on the country following the European financial crisis.

Deeply saddened by Celia Hollingworth's death — a widely respected campaigner, she will be remembered fondly. Thoughts with her family.

But she was believed to be taking a short holiday in the north of the country and may have got lost while hiking near an archaeological site earlier in September.

Ms. Hollingworth is understood to have used her mobile phone to call her brother in Britain shortly before she was attacked by a pack of wolves.

He raised the alarm and the British Embassy in Athens contacted the authorities in eastern Thrace, who began a search.

Her remains — thought to be mainly bones — were found on Saturday, September 23, near the village of Petrota, 180 miles east of Thessaloniki and close to the border with Bulgaria.

​The coroner, Nikos Kifnidis, said her thigh bones had been cracked open and large parts of her body was missing, which suggested the attack was by wolves, rather than a dog or a jackal.

He said a vet in the town of Komotini had confirmed the bites had been made by one or more wolf.

Mr. Kifnidis said tests on animal hairs found at the scene are expected to confirm whether or not the attackers were wolves.

Ms. Hollingworth visited an archaeological site at Messimvria on the Aegean coast, near the Turkish border on Thursday, September 21, and then took a taxi to another site at Maroneia in eastern Thrace.

So saddened by the tragic death of Celia Hollingworth. Always campaigning on behalf of others but never too busy to smile and have a chat

She was last seen alive later that day on a path leading away from the site.

"I concluded that the woman was attacked by wild animals who devoured her. I think she was eaten by a wolf or wolves," Mr. Kifnidis told the AP news agency.

The wild mountainous country along the Greek, Bulgarian and Turkish borders is believed to contain hundreds of wolves, who mostly feed on sheep, goats and rabbits.

Ms. Hollingworth spent her career lecturing at Oxford University and elsewhere, and lived in a village near Bath in western England.

She was very active politically, both in Britain and Greece, and only in August handed in a petition against a mobile phone mast in Bradford-on-Avon, Wiltshire.

The anti-austerity campaign group Bath Against Cuts said she was a very optimistic and committed person.

"Celia's level of commitment to justice and wide-ranging knowledge and understanding of the issues we are all grappling with is irreplaceable.

"She leaves a valuable legacy through all the efforts she put in to try and make the world a better place," they said.