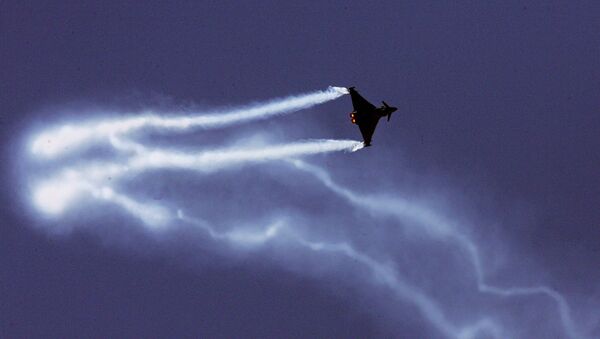 New video footage reveals the moment an Italian Air Force Eurofighter Typhoon plunged into the sea in an incident that would ultimately claim the life of its pilot, Capt. Gabriele Orlandi.

The accident occurred while Orlandi was attempting to complete a loop, and it’s not clear why Orlandi wasn’t able to pull up again after diving toward the ocean to skim it. The pilot did not attempt to eject from the Typhoon aircraft.

(Warning: some audiences may find the following video disturbing.)

The event occurred Sunday, September 24, at the Terracina Air Show, which was quickly called off after Orlandi’s body was found, Business Insider Australia reported.

The pilot’s girlfriend and parents were in attendance to watch the performance, according to The Telegraph UK.

Just 11 days before the accident in Italy, a Royal Saudi Air Force Eurofighter crashed into a mountain during a combat mission against Houthi militants in Yemen’s al-Wade’a district, killing pilot Mahna al-Biz, The Aviationist reported.