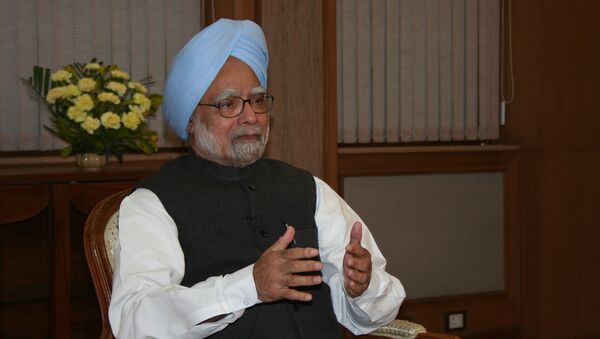 New Delhi (Sputnik) — Former Prime Minister of India Manmohan Singh turned 85 today. At the helm of affairs of the country for a decade (2004-2014), Singh is hailed by commentators as someone who rejuvenated the enduring Indo-Russian strategic partnership through his two prime ministerial stints.

Currently, a member of the upper house of the Indian Parliament, Singh is known world over as the economist Prime Minister. Singh's tenure was marked by India's official position that a robust Russia is critical for maintaining geopolitical equilibrium in Asia.

One of the significant contributions of Manmohan Singh as Prime Minister of India was to turn around world perception about India being in defiance of NPT and to make India an attractive market for major powers in the field of nuclear power.

"While it was his Indo-US nuclear deal which was mostly in news, on the ground it was the Indo- Russian cooperation that made major breakthroughs and leaps with Kundakulam becoming the latest symbol of friendship," Prof Swaran Singh of the School of International Studies in Jawaharlal University said.

Russia played a pivotal role in India's civilian nuclear sector by the construction of two 1000 MW nuclear power plants at Kundankulam in the Tamil Nadu even before the country received its Nuclear Suppliers Group (NSG) membership.

Experts say the period after Singh's rule has vindicated his Indo-Russia friendship thrust.

"Since then, Russia has drifted towards China and Pakistan which now reinforced Dr Singh's contributions to rejuvenating this enduring Indo-Russian strategic partnership," prof Swaran Singh said.

Singh visited Moscow in October 2013 and in his speeches he underscored the myriad aspects of Indo-Russian partnership covering everything from nuclear energy to cooperation in international matters and stressed Russia as a key constituent in India's foreign policy.

But despite the major push in bilateral cooperation, the bilateral trade and commerce remained at a modest $11 billion and hence the target of $20 billion by 2015, set by the two countries was unachieved.

Ironically, the India-China trade relations touched a high at more than $70 billion as early as in 2012 during Singh's regime.