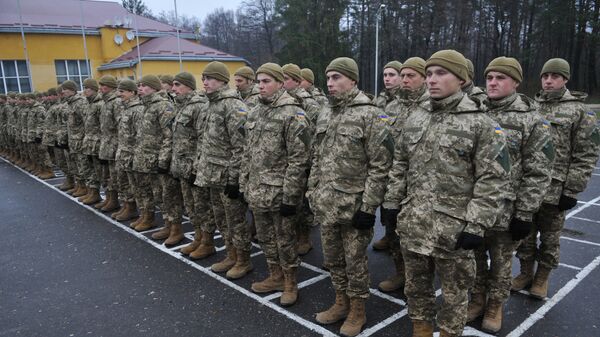 Russia
Moscow Concerned Over Possible Supply of Canadian Lethal Weapons to Kiev
The journalist recalled that according to Kiev's own official statistics, "nine out of ten participants of the fighting in the Donbass have medical and social problems, while a third are diagnosed with post-traumatic stress disorder. Experts say a state-run program of support for vets is needed, but for now this is something done mainly on a voluntary basis."

Lethal US Weapons in Ukraine: Kremlin Warns Against New Escalation in Donbass
According to the analyst, the hard truth is that Ukraine's authorities couldn't care less about its vets, with the government allocating precious little money for them, most of its defense funds either stolen outright or allocated to weapons purchases.