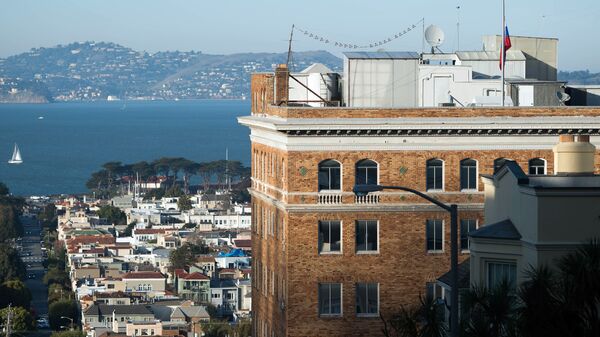 Russian Foreign Minister Sergei Lavrov said that Russia would file a lawsuit in response to the seizure of Russian diplomatic property in the United States.

MOSCOW (Sputnik) — Russia will not delay filing a lawsuit following the seizure of Russian diplomatic property in the United States; the government is currently consulting with lawyer and collecting all the necessary documents, Russian Foreign Minister Sergey Lavrov said Sunday.

"We are working on this [collecting documents]. We're speaking with lawyers, and collecting information regarding legal firms' preliminary opinion on the issue. The thing is — we will not delay it, but we will not hurry either," Lavrov told the broadcaster NTV , commenting on reports that Russian President Vladimir Putin instructed the Foreign Ministry to collect necessary documents.

Security of Diplomatic Missions at Risk After US Actions Against Russia
He added that there was no point in trying to dissuade the US government of Russia’s threat to the United States.

"If they [the United States] offer to work on something — we work. If they say that we are the main threat to the United States — well, why would we talk to them? How can we dissuade these people?" the Minister said.

On September 2, the United States shut down Russia's Consulate General in San Francisco and trade missions in New York City and in Washington, DC. US officials said the move came in response to Moscow's decision in late July to reduce the number of US diplomatic staff in Russia to 455 people, the same number of diplomatic personnel Russia has in the United States.