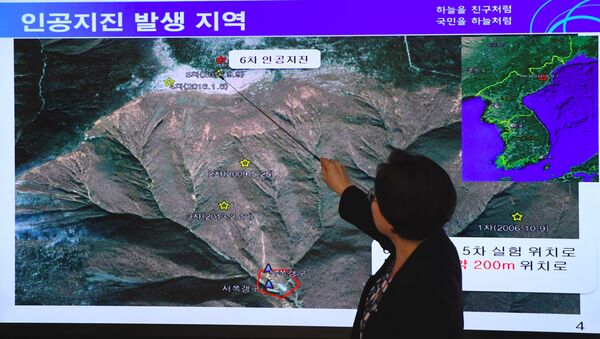 The nuclear proliferation watchdog launched a probe into the latest earthquake in North Korea, which allegedly was caused by an explosion.

Earlier in the day, China's Earthquake Networks Center (CENC) said that it detected a 3.4-magnitude earthquake in the northeastern part of North Korea, near the epicenter of the shallow quake caused by Pyongyang's nuclear test on September 3. The seismologists added that the quake's depth was zero kilometers, noting that the earthquake could be caused by a "suspected explosion."

Analysts looking at unusual #seismic activity of a much smaller magnitude in the #DPRK: 23-SEP-2017 08:30 UTC / More details to come!

​The Korea Meteorological Administration (KMA) said it detected a 3.0-magnitude in North Korea's Kilju area, noting, however, that it regarded the quake as "a natural earthquake."