Welcome to 'Limboland': Europe's Refugee Population So Big It Could Be a Country 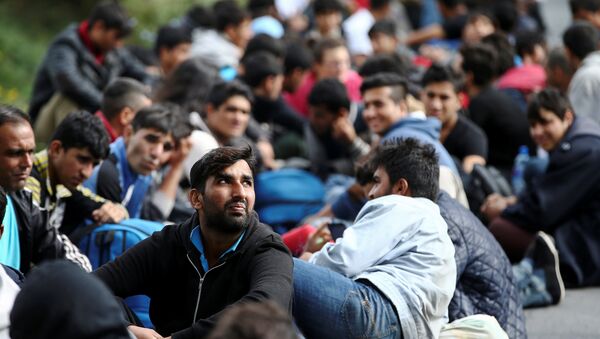 Europe's refugee population has grown to such an extent it dwarfs the combined citizenry of smaller member states, and around half remain "in limbo" awaiting decisions on their asylum applications, it has been revealed.

The number of asylum seekers "in limbo" in the European Union is likely to have reached greater proportions than the combined populations of Cyprus and Malta, estimates by US pollster Pew indicate.

​This effective limbo nation has arisen from the influx of 2.2 million asylum seekers to the EU in 2015 and 2016 — of which 1.1 million remain uncertain whether they will ultimately receive sanctuary. The total represents 20 percent of all asylum applications received by Europe since 1985, and the largest concerted wave of emigration the continent has witnessed since World War II.

​Top countries of citizenship for asylum seekers during the record surge included Syria, Afghanistan and Iraq, countries whose ongoing conflict has contributed to the sudden increase in displaced people worldwide. These three countries accounted for 53 percent of all applicants. 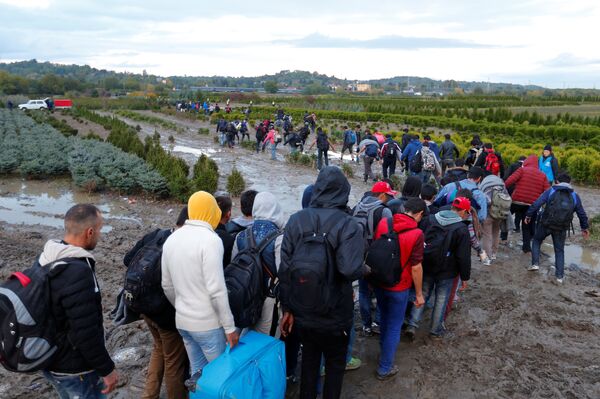 Pew noted Germany had a comparatively fast waiting period — seven months — despite having to deal with the largest numbers of applicants.

​People in Norway and Sweden usually had to wait about one year for a decision, while Spanish deliberation periods could last up to 18 months. 90 percent of applicants to Hungary and Greece are yet to receive any decision whatsoever. About two-thirds of applicants in Austria (66 percent) and 59 percent of those in France — other countries that received large numbers of asylum seekers in 2015-16 — are likewise in limbo.

An estimated 885,000 asylum seekers applying between 2015 and 2016 had their applications approved by the end of 2016, meaning they may stay in Europe, at least temporarily. Moreover, relatively few applications have been declined outright — a mere 75,000 (three percent of all 2015 and 2016 applications) have so far been sent home. 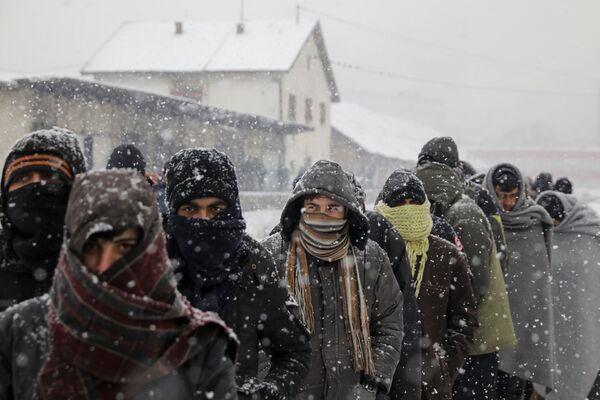 Migrants wait in line to receive free food during a snowfall outside a derelict customs warehouse in Belgrade, Serbia January 9, 2017
© REUTERS / Marko Djurica

For some European countries, the sudden movement of so many asylum seekers has changed their demographics noticeably. Immigrant shares of total populations increased by over one percentage point in countries such as Sweden and Austria between 2015 and 2016.

Those awaiting a decision typically live in "repurposed schools, hotels, or airports" — and while they have some access to food and medical care, the vast majority don't have the right to work.

All refugees in Europe are required to individually apply for asylum with the authorities of the country where they first arrived. If an application is approved, the asylum seeker receives residency status for a certain number of years, depending on the country of application. The asylum grantee is also permitted to obtain legal employment.

​If an application is rejected, an individual can file an appeal and again wait for a new decision. Appeals can add several months, if not longer, to asylum seekers' overall wait time. Alternatively, rejected applicants are returned to their home countries or sent to a non-EU country, although some remain in Europe as unauthorized immigrants.

Compared with Europe, the number of asylum claims in the United States has numbered only in the thousands, not the millions witnessed in Europe. Typically, many seeking protection in the US are resettled as refugees through the State Department's Refugee Resettlement Program, with applicants processed outside the US.