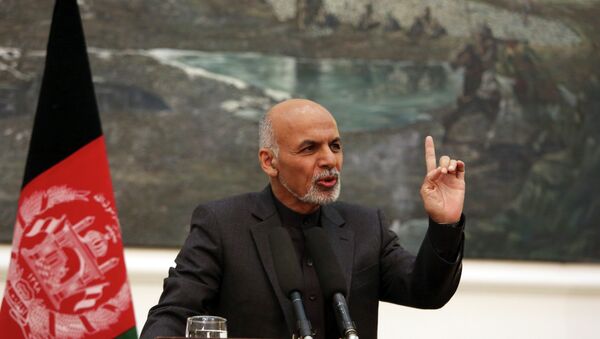 The president of Afghanistan has publicly proclaimed that he will no longer tolerate his country’s neighbor Pakistan acting as a shelter for terrorist organizations, asking for Islamabad to “get the message” and do away with “safe havens.”

"I hope that this time, Pakistan will get the message loud and clear that business as usual cannot continue. It's not in their interest. It's not in anyone's interest," President of Afghanistan Ashraf Ghani told US National Public Radio on Thursday. "Pakistan has never had this type of dialogue with the US and I hope that wisdom and shared national interests will prevail."

"Reduction of safe havens is absolutely necessary, both for counterterrorism and for stability in Afghanistan," Ghani went on to say.

Ghani expounded upon his criticism of Pakistan during his speech before the United Nations General Assembly on Thursday. "I call upon Pakistan to engage with us on a comprehensive state-to-state dialogue on peace, security and regional cooperation leading to prosperity."

The Afghan president told the UN that even with the impending 3,000-man increase of the US military presence in his country, the bulk of the fighting against the Taliban and other terrorist groups will be undertaken by his country's own armed forces.

"However, moving forward, we ask for a change of perspective from our international partners. For too long, the conflict in Afghanistan has been viewed through the prism of a civil war. But this war is not within our soil, it is over our soil," Ghani said.

Ghani was complimentary of US President Donald Trump for his decision to increase the number of American soldiers in Afghanistan for the first time since 2009. "The cloud of uncertainty has been lifted," Ghani said to reporters. "President Trump's new strategy includes the disruption and denial of sanctuary to terrorists whose motives know no boundaries."

Ghani also said that Trump's policy was preferable to his predecessor Barack Obama's, because Trump had vowed to take a tougher stand on Pakistan. He says that he and Trump hope to increase the Afghan government's control of the country from about 50 percent to 80 percent by 2020.

During his speech announcing his revised approach to Afghanistan, Trump singled out Pakistan as a key player in the long-standing conflict. He said that Washington could no longer "be silent about Pakistan's safe havens for terrorist organizations, the Taliban, and other groups that pose a threat to the region and beyond. He added that Pakistan "has much to gain from partnering with our effort in Afghanistan. It has much to lose by continuing to harbor terrorists."

Trump also spoke highly of his Afghan counterpart. "We are training and we're working with them very closely but it's the Afghans that are doing the fighting," he said. "It's really a hornet's nest from that standpoint. We are hitting [terrorist groups] very, very hard and very effectively. We really have no choice but to do it."