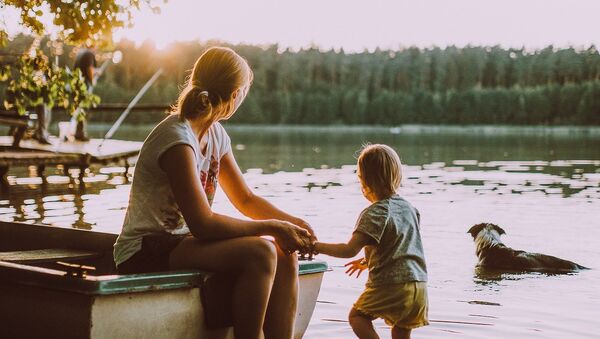 Known for being ecologically-minded, the Swedes are taking sustainability to a whole new level amid scientifically-based calls from researchers and environmental activists for young families to have fewer children to ease the burden on Mother Nature.

Many Swedes have in recent years been adapting their habits to a more sustainable lifestyle, which includes less driving, eating less meat and abstaining from transatlantic flights. However, environmental activists are not content with the sacrifices already made and are propagating sterner family planning in order to reduce the carbon footprint.

Erik Isberg, a consultant in sustainable entrepreneurship and the founder of the NGO, Young Collective, exemplified this trend in an opinion piece for the Swedish daily Dagens Nyheter. Its headline alone, "Make a choice for environment — have just one child" epitomizes the message in a crystal clear form.

Nordic Facelift: Scandinavian Population Changes Ethnicity
While urging his fellow Swedes to take the environmental mentality to a "whole new level," Isberg refers to a study by Lund University in southern Sweden, which listed being child-free as the most drastic option of reducing carbon dioxide emissions in developed parts of the world.

"A question quickly springs to mind: can we really ignore such a great opportunity to reduce our impact?" Erik Isberg asked rhetorically in his opinion piece. "No one but you can choose this, and it may be about time for all parents, present and future, to ask themselves this question. For this choice can be what gives your child a future," he concluded.

Kimberly Nicholas, one of the researchers behind the study, argued that overpopulation is wrongly seen as a problem plaguing only developing countries.

"Many people might think that the size of the population only is a problem for developing countries without realizing that we who live in the developed part of the world actually have a greater environmental impact and account for much greater carbon dioxide emissions per person," Kimberly Nicholas told Dagens Nyheter.

Migrants to Put Norwegian Welfare Under Stress, Outnumber Norwegians Soon
According to a survey conducted by pollster Sifo in February of this year, 92 percent of Swedes consider an environmental-friendly and sustainable lifestyle to be of paramount importance, which makes the initiative more than likely to catch on.

Meanwhile, Sweden's birth rate has been slowly creeping upwards amid large-scale migration to the Nordic country. In real figures, a 25-percent increase in births was registered between 2001 and 2014, with the trend continuing.

Remarkably, though, women with a foreign background were found to be giving birth to more children on average than women born in Sweden. A 2008 report entitled "Childbearing among native and foreign-born" found foreign-born women to have a fertility rate of 2.21 children per woman, as opposed to 1.82 children per woman among ethnic Swedes. Somali women were found to have the highest fertility rate of 3.9 births.

A fertility rate of over 2.1 is considered necessary to maintain a constant population size in the absence of migration. Therefore, Sweden's population is estimated to exceed 13 million by 2060, with the percentage of the foreign-born rising to 22 percent.

Previously, a one-child policy as part of family planning was implemented in China between 1979 and 2015. Despite allowing exceptions for many groups, including ethnic minorities, these restrictions prevented 400 million births, according to the Chinese government. In late 2015, this was changed to a two-child policy, despite being supported by 76 percent of the Chinese population.