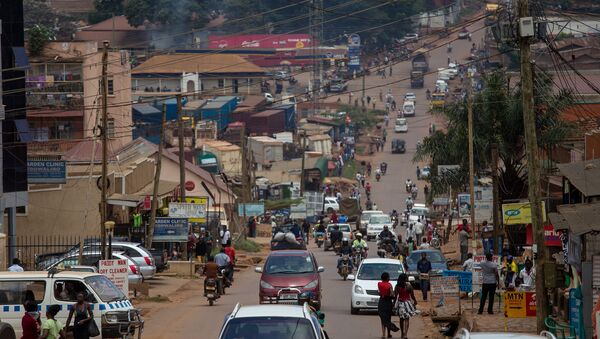 Sweden is known for its worldwide aid and relief efforts. Sometimes, though, its generosity gets abused, big time. A Ugandan man has stolen millions of kronor in Swedish aid while working for its embassy in the African country. This has been described as one of the worst frauds ever undertaken by a staff member of the Swedish embassy.

With the stolen money, the Ugandan man purchased ten properties and a number of vehicles. He also paid for Christian Ugandans' pilgrimage to Israel and was able to send his beloved wife to a fertility clinic. According to the Swedish daily Dagens Nyheter, the fraud was very elaborate, utilizing sophisticated and well-planed schemes.

Feminists Cheer as Ugandan-Swede Is Elected Europe's First Black Party Leader
In the scam, which has been going on since at least 2007, the man skimmed smaller amounts off major transactions from the Embassy's dollar account to Ugandan shilling account and put them into yet another Embassy account, which he later emptied. The man was reportedly known for driving expensive cars and living well, which his Swedish colleagues ascribed to a lucrative side income.

After being arrested one and a half years ago, the man finally acknowledged the crime in a deal to get a lighter sentence in return for his help in recovering the money. For his shady entrepreneurship, the Ugandan man was sentenced to only three years in prison, after pledging to sell the properties he had acquired for the stolen millions.

"In cases of corruption, there is always an inherent risk that the money will never be repaid in full. It is also important not be content with imprisonment because the guilty person may still be rich when they come out," the Ugandan Prosecutor's Office spokesman Jane Okuo told Dagens Nyheter.

In 2013, 34.6 percent of the Ugandan population lived on $1.90 per day or less, and many Ugandans would gladly spend several years incarcerated to be able to obtain several million dollars.

Even the culprit's wife and her parents were sentenced to imprisonment because of their involvement in the money-laundering.

One of the plots bought for the stolen Swedish money now houses the New Harvest Church, which is going to be sold together with the pastor's residence.

Uganda Schools Well-to-Do Finland on Integration of Refugees
Uganda, an East African nation of 38 million, has been amongst the world's top aid recipients for several decades. Between 2003 and 2012 alone, the country received more than $16 billion in official development assistance (ODA), ranking as the 13th largest recipient worldwide. The ratio of aid-to-GDP peaked at 19% in 1992, and has been hovering at around 10% over the last two decades.

Despite major domestic achievements, such as an average annual GDP growth of 7 percent since 1990 and a marked drop in the poverty level from 56 percent in 1992 to roughly 20 percent in 2013, Uganda remains one of the world's poorest nations. The country is also lagging behind in sanitation, education, electrification, child nutrition and health issues.

​In 2014, Sweden adopted a new strategy for future aid to Uganda, avoiding cooperation with the Ugandan state, if possible, due to the persecution of homosexuals in the African nation. Nevertheless, Sweden's total assistance to Uganda in 2014-2018 will amount to 1.35 billion SEK ($170 million) with the main emphasis put on human rights issues and the support of the LGBT community, the Swedish International Development Cooperation Agency (SIDA) reported.