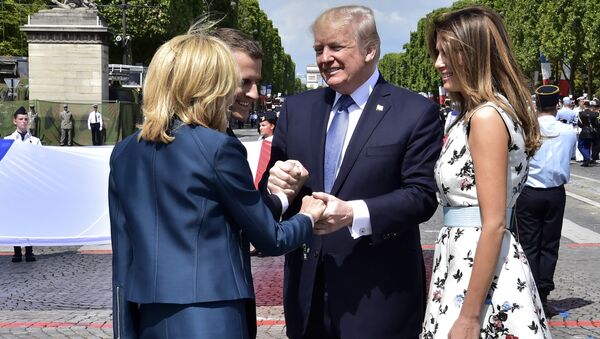 In a meeting with French President Emmanuel Macron on Monday, US President Donald Trump raves about the Bastille day parade he saw in Paris on July 14th, and says he wants a Bastille Day-like parade on July 4th on Pennsylvania Avenue in Washington, DC.

"We are thinking of having a really great parade to show our military strength," Trump said.

The Bastille Day Military Parade, celebrating the beginning of the French Revolution when Parisians stormed the Bastille fortress, has been held on July 14th every year since 1880 and is a popular event in France.

However, July 4th, which commemorates the adoption of the Declaration of Independence, is commonly associated with fireworks, barbecues, baseball games, and parades that have never been military-themed.