'Taking It Apart Won't Help': Why S-400's Secrets Safe Despite Sale to Turkey 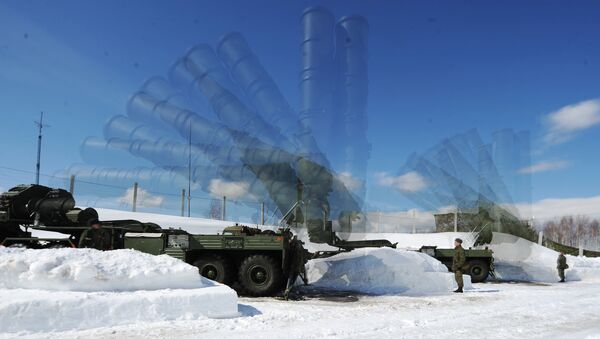 Amid US hysteria over Turkey's purchase of Russia's S-400 missile system, and concerns among some Russian observers that the sale will mean having Moscow's latest air defense technology falling into NATO's hands, RIA Novosti military analyst Andrei Stanavov outlined why armchair experts really have nothing to worry about.

Last week, Ankara reportedly made the first payment on the delivery of Russian S-400 surface-to-air missiles to Turkey. The deal provoked a furor in Washington, prompting Turkish President Recep Tayyip Erdogan to respond by saying that his country was free to make independent decisions about its national security. US Senator Ben Cardin even proposed 'automatic sanctions' against Ankara over the deal.

Meanwhile, among some US military observers, the planned sale of the advanced weapons system to the NATO country has been met with barely concealed excitement. The National Interest magazine concluded that S-400s in Turkish hands "would afford NATO a valuable up close look at the system's operational capabilities and limitations," and the opportunity to "devise a means to neutralize it."

Best Option? Why Turkey Chose Russian Missile Systems Over NATO Foot-Dragging
Similar arguments have been made in Russia, although the tone has been more apprehensive, naturally. Armchair observers warned that the S-400's sale to a NATO state essentially gives the alliance the keys to defeating Russia's most powerful air defenses.

In an article for RIA Novosti, military observer Andrei Stanavov allayed those fears, outlining why Russian observers should rest easy, and why the S-400's secrets will remain safe inside Russia.

For starters, the journalist admitted that the S-400 Triumf truly is the pride of the Russian military industry. "Adopted into service in 2007, the system is able to effectively take down from the skies all modern and prospective means of aerospace attack, including objects flying at speeds up to five km per second….Aircraft and cruise missiles are easily liquidated at a range of up to 250 km, ballistic missiles at a range of up to 60 km."

"From stowed position, the system can deploy for firing in three minutes flat. The Triumf can simultaneously target up to 300 targets and aim at them with up to 72 missiles. Despite the fact that military specialists often compare the S-400 to the US Patriot system, the latter is hopelessly behind in a multitude of indicators." 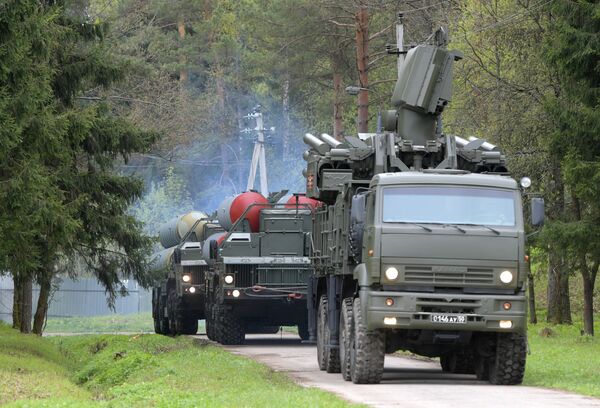 US Senator Calls for Sanctions on Turkey Over Purchase of Russian S-400 Systems
With these facts in mind, Stanavov noted that it was only natural that the S-400's export, "especially to a NATO country," would provoke concerns about the possible leak of defense technology secrets, even if the exported version is a "degraded" version of the system, as NI has put it.

However, speaking to Stanavov, Viktor Murakshovsky, a retired army colonel and editor in chief of 'Arsenal of the Fatherland' magazine, allayed such fears, calling them "incompetent gossip."

In fact, Murakshovsky said, the combat characteristics of the S-400's export models are significantly inferior to those found in Russia's arsenal, and lack the latest technologies protected as state secrets by the Defense Ministry.

"The drafting of the passport of the export profile is controlled by a structure subordinated to the Defense Ministry – the Federal Service for Military Technical Cooperation. Without a visa from the Defense Ministry, no item can go abroad in a configuration that poses a threat to Russia's national security. The same applies to the S-400," the retired officer explained.

The expert also suggested that the apprehensions surrounding Turkey are especially misguided since other NATO members have already possessed (and presumably studied) advanced Russian air defense systems over the course of many years. This includes Greece, which has used S-300 and Buk air defense systems without any complications since 1999. 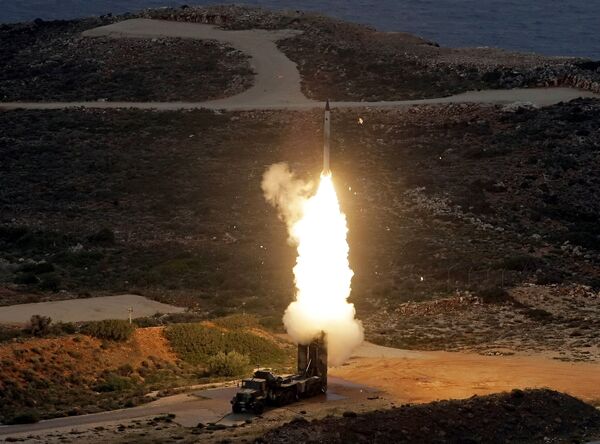 An S-300 PMU-1 anti-aircraft missile launches during a Greek army military exercise near Chania on the island of Crete on December 13, 2013
© AFP 2022 / Costas Metaxakis

As far as the S-400s go, their supply to Turkey will indeed be something of a first. The only other nation with which a deal has been reached on delivery of the system is China. Beijing intends to purchase up to six divisions, or 48 launchers total. Deliveries in that deal ware expected to begin as soon as later this year. Negotiations are also underway with India, with Delhi seeking ten divisions, or 80 launchers. The two countries are still discussing the details of the contract.

Erdogan Says Turkey's Deal With Russia on S-400 Supplies 'Made US Furious'
Nevertheless, notwithstanding the advanced nature of the S-400's technology, Mikhail Khodarenko, a veteran military observer and editor-in-chief of Aerospace Defense magazine, said that even if Turkey were to hand an S-400 system over to the US, it would do little to help them crack its secrets.

"All the fears about the leak of technology are greatly exaggerated, especially so far as anti-aircraft missiles are concerned," Khodarenko said. "Even if they were to disassemble the system down to the last bolt to try to pull out some military secrets, they would still be left with nothing. Besides, this system will be delivered to China, and we can be sure that they will disassemble it."

Still, the analyst stressed that it was important to note that although some of its capabilities will be scaled back, the export version of the S-400 will nevertheless retain most of its combat capability, meaning that Turkey is acquiring one of the most modern defensive system in the world, capable of closing its airspace under a dependable umbrella.

Today, Turkey lacks a long-range anti-aircraft missile capability entirely. The military is equipped with medium-range MIM-14 Nike Hercules and MIM-23 Hawk missiles, US and NATO designs which were first introduced in the 50s and 60s. Its forces are also outfitted with short-range Rapier missiles, produced in the UK since the 1970s. These weapons are also considered obsolete.

In the final analysis, it can be said that the S-400 deal will transform the country's air defenses virtually beyond recognition, but in a way that doesn't negatively affect Russia's national security.