Finland Tells Its Soldiers to Play It Safe, Stay Home at Night to Avoid Trouble 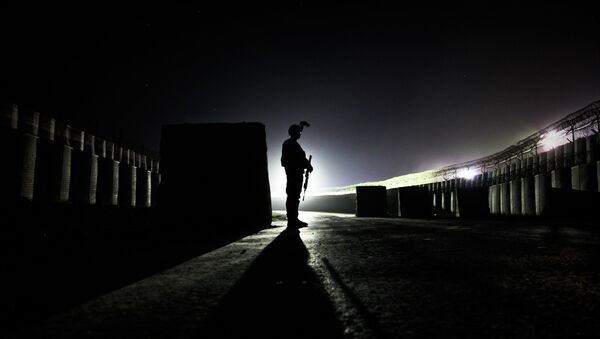 CC BY 2.0 / DVIDSHUB / Security patrol
Subscribe
Better safe than sorry, right? To perfectly illustrate this idea, Finnish conscripts have been advised against going out in their military uniform after nightfall. This unexpected decision is reportedly based on the elevated risk of a terrorist threat in the Nordic country.

While the army is often seen as the backbone of a nation's security, it does not mean that soldiers themselves are always safe. New instructions by the Finnish General Staff specifically advise soldiers from traveling in military uniform alone at night.

Lieutenant Colonel Mika Holma of the Pori Brigade Staff confirmed these instructions to the Finnish daily Hufvudstadsbladet, yet refrained from further comment on the underlying reason.

"The conscripts have been advised not to travel alone dressed in their uniform after dark. At the same time, they have been recommended to use joint transports," Mika Holma said.

Boys Will Be Boys: Finnish Army Blows Millions of Euros on Video Games
It has been suggested, however, that this precaution is based on the recently revealed plans by Abderrahman Bouanane, the main suspect behind last month's vicious stabbings in the city of Turku. According to the newspaper Turun Sanomat, Bouanane apparently originally planned to attack a military base in Turku, yet changed his mind at the last minute.

Bouanane is believed to be a former resident of the Pansio asylum seeker reception center, where he lived under an assumed name. Remarkably, the Pansio reception center is located only several hundred meters from a Navy base, some of whose buildings are located outside of the fenced-off zone that contains a naval depot.

Although the National Bureau of Investigation's chief investigator Olli Töyräs and director Robin Lardot would not comment on this information, it was confirmed that the attacker had two other targets on his mind. After the failure of his original plan, Bouanane went on to stab several innocent bystanders at the Turku Market Square on August 18, killing two women and wounding eight others before being stopped by a bullet to the leg.

The 22-year-old Moroccan is currently incarcerated after admitting to the stabbings, yet denying terrorist intent.

According to an assessment by the Finnish Security Police (SUPO), the terrorist threat in the country is currently at the level "elevated." The most significant threat is posed by individual actors or small groups motivated by radical Islamist propaganda, as well as "foreign fighters" who left Finland and gained significant positions within Daesh. At present, SUPO is targeting around 350 individual suspects, which marks an increase of circa 80 percent since 2012.

Finnish Response: Fighting Terror With Automatic Weapons, Repealing Citizenship
The Finnish Armed Forces are based on universal male conscription. In recent years, the percentage of female volunteers has been rising. All men aged 18 years and over are mandated to serve either six, nine or twelve months, with the option of alternative service. Some 27,000 conscripts are trained annually.

In peace time, Finland has a standing strength of 16,000 troops. Its conscript-based armed forces are capable of mobilizing up to 230,000 combat troops and service personnel within one to four weeks, which is the largest in Scandinavia.

000000
Popular comments
If there were real men in sweden, finland and norway they would remove the arabs by force, since there are no men left they should just stay in at night under their beds to make sure they are safe and secure!