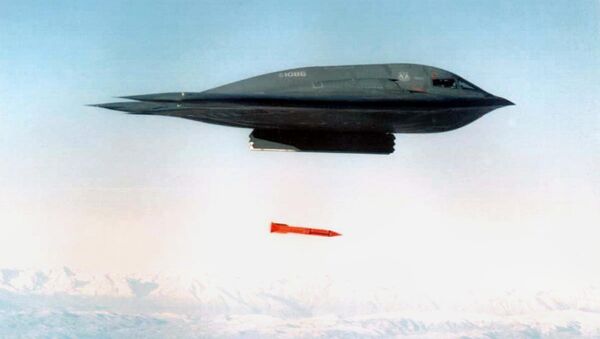 © AFP 2021 / HO-DOD
Subscribe
The Trump administration is considering the creation of new tactical nuclear weapons for battlefield use. Speaking to Sputnik, peace activist Bruce Gagnon warned that the move would destabilize the global strategic balance, and inevitably prompt a Russian and Chinese response.

Last week, sources told Politico that President Trump had created a panel to review Washington's options regarding the development of new low-yield tactical nuclear weapons, ostensibly meant to "deter Russia, North Korea and other potential nuclear adversaries," according to the article. If approved, the new weapons would be a major reversal from the policy of former President Barack Obama, who prohibited the development of new nuclear weapons systems.

Commenting on the reasons behind this review, Bruce Gagnon, co-founder of the Global Network Against Weapons & Nuclear Power in Space, told Radio Sputnik that it's based on US anxieties about changes in the global balance of power.

"I think, bottom line — it's the US's fear that it's losing out as the world becomes a more fair and multipolar [place]," Gagnon said. This nuclear posture review is akin to the US "thrashing around…trying to find a way to get a loaded gun that it could put upside the head of Russia or China in order to maintain control," he added.

"I think it's very dangerous," the peace activist said, stressing that it characterizes the kind of thinking that dominates Washington today.

Korea Crisis: Donald Trump, Kim Jong-un 'Playing Game of Chicken'
"When you create these smaller, tactical nuclear weapons, you're giving battlefield commanders more options, and it makes their use more likely. Unfortunately, it’s a hugely hypocritical signal [to conduct this review] as the United States lectures countries like North Korea and Iran about the evils of nuclear weapons. But this is what the United States routinely does – act from a position of utter hypocrisy."

Asked how other nuclear powers will respond if the US goes forward with new tactical nuclear weapons, Gagnon warned that it will destabilize the global strategic balance.

"I think it only destabilizes the global system, just as the US deployment of so-called missile defense systems that are now being used to encircle Russia and China give the United States an advantage, because missile defense is really the shield that would be used after a first strike attack," the observer said. 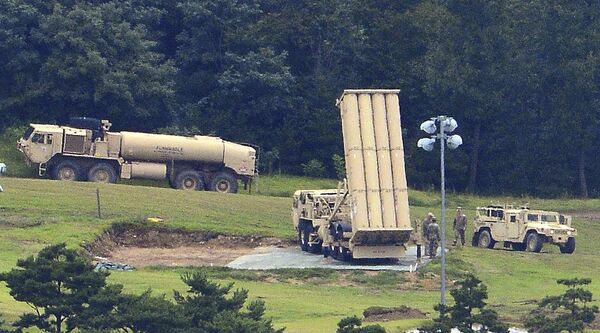 In other words, Gagnon suggested that this may be a case of Washington trying to spark a global arms race. "Russia and China can't afford to reduce their nuclear weapons at a time when the United States is introducing these missile defense systems. And now you introduce tactical nuclear weapons into that equation – it gets even more destabilized, more dangerous. And that's what the United States is trying to do; it's trying to create chaos, and out of that chaos it thinks it will be able to continue to dominate the world."

New US Policy Violates US-Russia Nonproliferation Nuclear Forces Treaty
Asked about the debate inside Congress and the White House about the possibility of lifting the US moratorium on nuclear weapon testing, Gagnon warned that this is a strong possibility, especially if Washington were to go ahead with the creation of these new tactical weapons.

"And that opens the door for everybody else that has been honoring the nuclear test ban treaty," the observer stressed. "This would open the door; they might then begin to retest nuclear weapons, and then we're off to the races again." 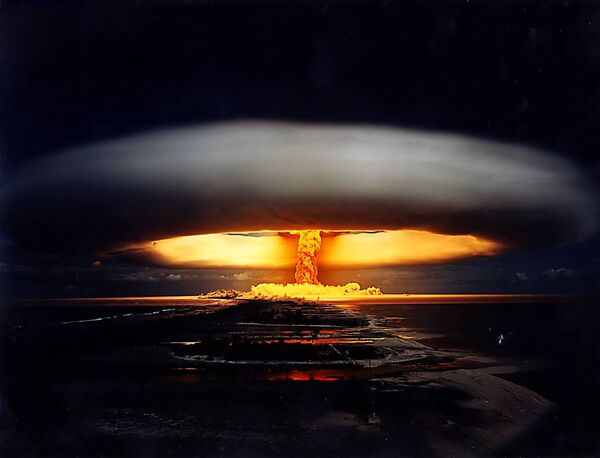 Therefore, Gagnon noted that this is "really a very important moment. The voices of people all around the planet need to really be heard now very loudly, calling out the United States, saying 'do not do this; do not make this move…The United States likes to go around the world and say 'you're a bad person; you're an axis of evil; you're a pariah to the world.' But in fact it's very clear to me that the United States is the real danger to global peace today."

As far as the nuclear test moratorium goes, the activist said that it's really difficult to guess the outcome. "I think it's hard to know, because first of all, the Trump administration is very hard to read, and very hard to predict. Second, with a Republican-controlled Congress, anything is a possibility."

"So I think at this point in time we have to consider that this indeed might happen. But we don't know for sure, and that's why discussion and debate, and strong language aimed at the United States about this must be heard from people all over the world," Gagnon emphasized.

North Korea's Nuke Program Won't End Until 'Equilibrium of Real Force' Achieved
Finally, asked about nuclear weapons as a means to deterrence in general, the observer said that while he was opposed to nuclear weapons in principle, he could understand why some countries might prefer to hang on to them.

"I think when the United States is developing missile defense systems and encircling Russia, China, North Korea, Iran and other countries with its military bases (it has more than 800 bases around the world) it's understandable why certain countries think that holding nuclear weapons will preserve their sovereignty," Gagnon said.

"So it's completely understandable why some countries would want to hang on to their nuclear weapons, and why [although] Russia and China might want to reduce their nuclear weapons, they don't feel that they can do it, because of the massive US military mobilization going on today. In the end, the only way we're ever going to reduce nuclear weapons is by the United States backing down from its goal of full-spectrum dominance of the entire planet," Gagnon concluded.