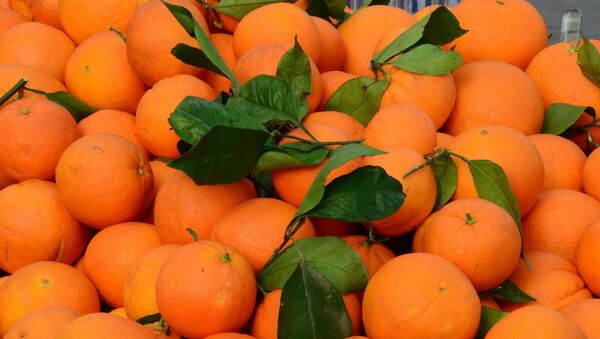 According to Gene McAvoy, a specialist on vegetable farming at the University of Florida's extension office in LaBelle, Hurricane Irma left "50 or 60 percent of the fruit lying in water or the ground," CBS News reported. Unfortunately, trees left submerged in water for more than three days end up rotting or dying.

"Ninety-five percent of the oranges in Florida, particularly in this region, go for juice," McAvoy added. "You're gonna pay a lot more for orange juice."

It is expected that the Hurricane will cut the harvest by at least a third.

"We might lose 35 percent of grapefruit and navels in the Indian River District, and maybe 12 to 15 percent of oranges," Jerkins told USA Today.

There has also been damage done to other fruits and vegetables growing in the southern and central parts of the state, especially tomatoes and strawberries, according to Lisa Lochridge, a spokesperson for the Florida Fruit and Vegetable Association.

"As a result, the tomato crop is expected to be light at the first part of November, but volume should build and we expect a solid December," she said. "Strawberry growers expect to be able to recover quickly and stay on their timetable to be harvesting on time," CNBC reported Lochridge as saying.

The Executive Vice President of the Indian River Citrus League, which stretches from Daytona Beach to West Palm Beach, is collaborating with St. Johns and South Florida water management district to ease the flooding by opening canals and reservoirs. However, the fruit industry's economic loss caused by Hurricane Irma is still expected to be more than $100 million.

Florida supplies about 50 percent of the country's citrus fruit production.