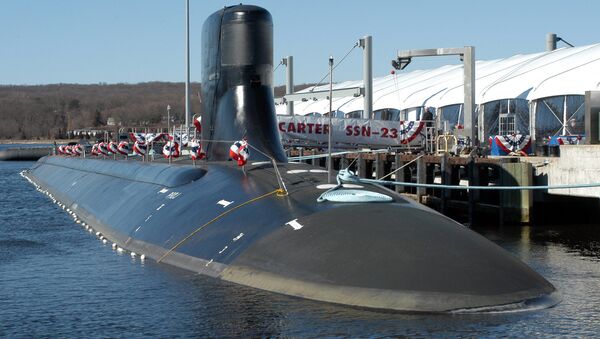 Sailing back home to Bangor, Washington, the USS Jimmy Carter found itself heading straight into a metaphorical web of questions after a vigilant journalist spotted a familiar banner alongside the beloved American flag.

​Why would a US Navy vessel be compelled to hoist up a flag synonymous with raiders, you wonder? Well, it seems unclear at the moment since government officials are keeping mum on the matter, but some experts have a theory and it has to do with the British Royal Navy.

​Back in 1901 Admiral Arthur Wilson, the First Sea Lord of the British Royal Navy, said that submarines were "underhanded, unfair, and damned un-English." Disgusted by the sneaky capabilities of submarines, Wilson later suggested sub crews should be captured and hanged just as was done to pirates.

However, more than a decade later, Commander Max Horton of the HMS E9 urged his crewmen to hoist up the skull and crossbones proudly after the vessel successfully sank a German cruiser during World War I. According to The Drive, Horton's move was a play on Wilson's disdain — in the end, this was the moment that would forever link the usage of the jolly roger with underwater crafts.

Though it's unlikely the Seawolf-class nuclear-powered boat sank any ships during its journey, The Drive's Tyler Rogoway says the American submarine likely just completed one of its "secret missions" successfully.

The 450-foot-long boat is in fact one of three in its class that's specifically modified to take on some of the Land of the Free's most covert underwater operations. The Carter can deploy unmanned submersible vehicles, insert commandos, and, according to some, it could even splice undersea cables.