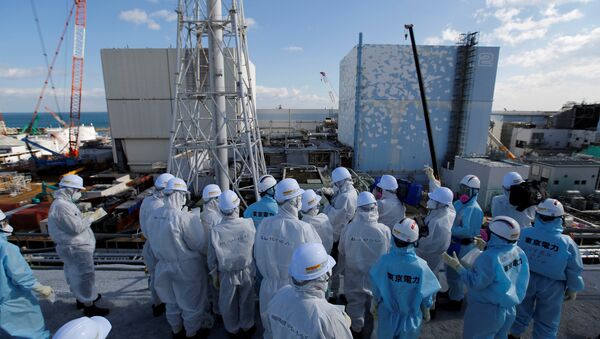 Saudi Arabia is expected to begin the process to find a vendor to build the country’s first nuclear reactors in October, according to sources within the nuclear power industry.

Riyadh seeks to build two plants that could generate up to 2.8 gigawatts of energy, three industry sources told Reuters. "Competition will be fierce," one source told Reuters, adding that the Saudis were expected to send a Request for Information (RFI) to suppliers in China, France, Japan, Russia, and South Korea in October, thus beginning the "tender process" of finding a vendor to build the plant.

Another source told Reuters that the Saudis would present the details of their plan to the United Nations' nuclear watchdog affiliate, the International Atomic Energy Agency (IAEA) later in September. They also hope to begin construction of the plant in 2018.

This would make it the second Arab country to explore the use of nuclear energy, the first being the United Arab Emirates (UAE.) After multiple stumbling blocks and delays, the first of the nation's four reactors is to come online in 2018.

Riyadh's goal is to build 17.6 gigawatts of nuclear energy capacity by 2032, according to the website of the King Abdullah City for Atomic and Renewable Energy (KACARE). As Saudi Arabia has no nuclear industry, they will have to hire a foreign contractor.

Companies such as French reactor builder Areva, the Beijing-owned China National Nuclear Corporation and the Moscow-owned Rosatom have all approached KACARE about building Saudi Arabia's first nuclear reactors in the past.

There has also been interest from other reactor builders, such as Japanese conglomerate Toshiba and the South Korean utility company Korea Electric Power Corporation, which is the company building the UAE's $40 billion reactor.

Saudi Arabia is the world's top oil exporter by far, 7.65 million barrels in 2016, over 2 million more barrels than the second largest oil exporter Russia. Oil is the keystone of the Saudi economy, constituting 55 percent of the nation's GDP- but oil reserves won't last forever, and neither will the world's demand for it.

Understanding this, the House of Saud began a diversification campaign in 2016 that sought to hextuple Saudi Arabia's non-oil economic sector in size and grow the private sector from 40 to 65 percent of the economy by 2030.

The nuclear power industry took an enormous blow after the 2011 Fukushima Daiichi disaster which forced the relocation of 100,000 people in Japan. Not only did this increase regulatory scrutiny on the nuclear power industry, it galvanized public opinion against them. However, Saudi Arabia has no considerable anti-nuclear movement, and is one of the world's largest economies to not have any nuclear power plants.