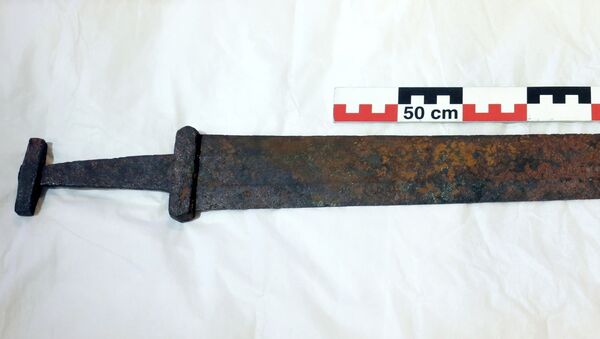 A reindeer hunter in the mountains of Norway discovered an 1,100 year old Viking sword, almost perfectly preserved by the frigid mountain air.

Einar Ambakk was in the mountains of Lesja, about 170 miles north of Oslo, when he saw something sticking out from between a pair of the rocks. He was shocked when he pulled it out to discover a still-sharp Viking blade. He reported his find to Lars Pilø, an archaeologist with The Glacier Archaeology Program at Oppland County Council.

Pilø dated the sword back to 850-950, but was amazed at how well it had been preserved. He said that the cold, the high altitude, and the quality of the sword had helped to preserve it. The sword likely once had a wooden or leather grip, but organic materials would have long since wasted away. 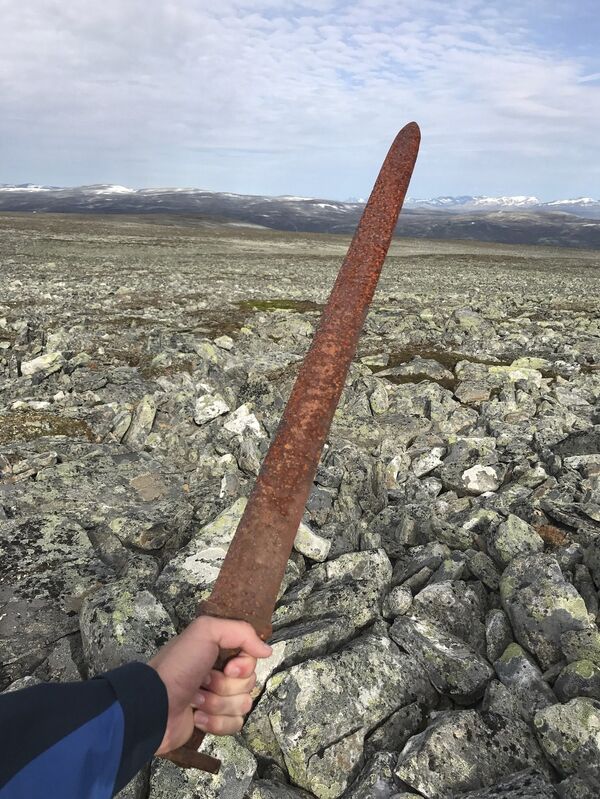 In this photo taken on Aug. 23, 2017, Einar Ambakk, one of the hunters that found an ancient Viking sword slid down between rocks during a reindeer hunt, raises it in Lesja, some 275 kilometers (170 miles) north of Oslo. According to a Norwegian archeologist, the nearly 1-meter-long (3-foot) sword dating from about 850-950 A.D. may have been left by a person who got lost in a blizzard and died on the mountain from exposure.
© AP Photo / Einar Ambakk

"Previously we have found iron arrowheads that are even older, with the same degree of preservation," Pilø wrote on his blog Secrets of the Ice. "It appears unlikely that the sword has reappeared on the surface due to permafrost movement of stones, as it is well preserved without any kind of scratches and bending,"

"Most likely is was still in its original position or had slid somewhat down between the stones. We surveyed the find spot closely, both visually and using a metal detector. The survey, which covered a distance of up to 20m from the find spot, did not result in any further finds. The sword is thus an isolated find."

Pilø added that without any related finds nearby, it was impossible to know how the sword got there. He speculated that the wielder may have gotten lost and died in the mountains — the sword was likely its owners most prized possession, and he wouldn't have left it behind.

"It is a tantalizing thought that if the Viking had died a couple of hundred meters further east, where there are ice patches, we could have had our first Norwegian Ötzi," Pilø wrote, referring to a 5000 year old mummy discovered in the Austrian alps in 1991. "As it is now, his remains are long gone, and only the sword bears witness to the drama that happened here more than one thousand years ago. 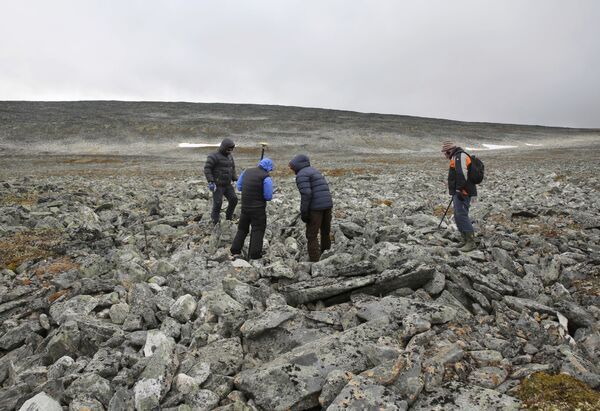 In this photo taken on Sept. 4, 2017, archeologists and the two hunters who found an ancient Viking sword, search the site where it was discovered on a mountain top 1,640 meters (1 mile) above sea level in Lesja, some 275 kilometers (170 miles) north of Oslo. Archeologist Lars Holger Piloe said the sword's preservation was likely due to the quality of the iron, as well as the cold, dry conditions.
© AP Photo / Espen Finstad

Oppland is Norway's most mountainous county, and was a seat of power of a major Viking earldom. Some historians believe that the family that ruled "Opplandene" were a branch family of Harald Fairhair, the first King of Norway. Rognvald Eysteinsson, believed by some to be Harald's brother, fought alongside Harald in his 9th century campaign to unify Norway under his rule.