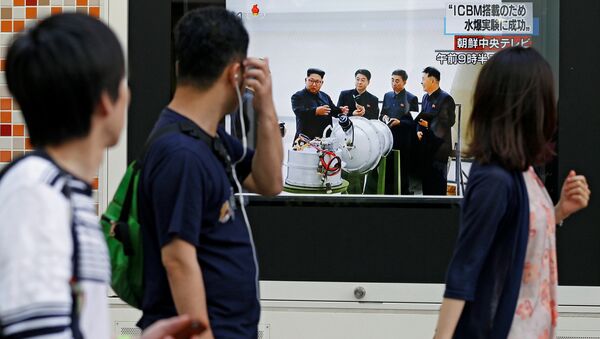 "We should find new ways [to tackle proliferation] and to cooperate with Russia and China. There are only three countries [in the world] that could effectively contribute to nuclear proliferation, namely Russia, China and the United States. That's why I call for a launch of a new detente policy. A new window [of opportunities] has opened and we should use it," Gabriel told the Nordwest-Zeitung newspaper.

UN Chief Would Welcome Russia's Role in Restarting Dialogue Between Two Koreas
The official added that he was concerned that new countries could follow the path taken by North Korea and to start developing nuclear weapons.

German Chancellor Angela Merkel has repeatedly warned against an escalation on the Korean Peninsula amid US President Donald Trump's war of words with North Korean leader Kim Jong Un earlier this month. During her recent phone conversation with Russian President Vladimir Putin, Merkel reaffirmed that the Korean peninsula crisis can only be resolved through negotiation. She also called for the resumption of talks between all sides involved in the conflict.