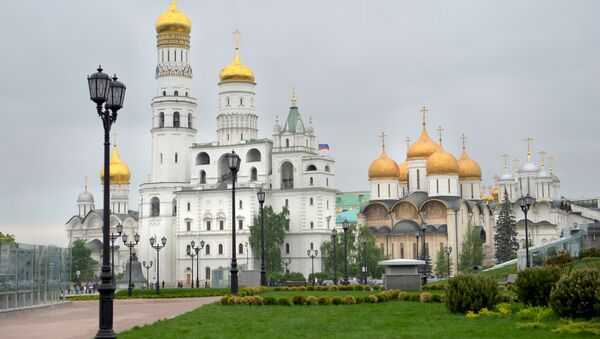 A cooperation deal between Tunisia's ruling party Nidaa Tounes and the United Russia party, aimed at facilitating economic and cultural cooperation and strengthening dialogue, is likely to be signed within the next two months, the former ambassador of Tunisia to Russia and a member of the executive bureau of Nidaa Tounes told Sputnik on Monday.

MOSCOW (Sputnik) — Ali Goutali, a former Tunisian ambassador to Russia and a member of the executive bureau of Nidaa Tounes, during his visit in Moscow, has held negotiations with some of the leaders of the United Russia party, including Mr. Konstantin Petrichenko, director of international relations. According to Coutali, a cooperation agreement between Tunisia's and Russia's ruling parties may be signed soon.

"At the conclusion of these discussions, it has been particularly agreed to conclude an agreement institutionalizing the relations between the two parties within the next two months at the most by the top executive leaders of the two parties," Goutali said, commenting on the results of his three-day visit to the Russian capital on September 7–10.

He added that the parties had planned to establish regular high-level consultations on ways and means of giving impetus to bilateral cooperation and contributing to the current efforts aimed at solving regional and international crises and conflicts.

"These contacts reflect the appreciation of Tunisia’s Nidaa Tounes for the key role of United Russia in the formulation of politics and in decision-making in the Russian foreign policy, and aim to embark on lasting relations of cooperation and coordination between the two parties," Goutali added.

Russia, Tunisia to Boost Ties Via Parliamentary Exchange
The former ambassador also noted that the Tunisian ruling party, which celebrated its fifth anniversary this year, played a key part in avoiding chaos in post-revolution Tunisia and was still playing a "key role in the current democratic process and the ongoing efforts to meet social and economic challenges and modernizing the country."

The Tunisian Revolution started on December 18, 2010, with protests that eventually led to the ousting of the country’s long-time leader, Zine El Abidine Ben Ali. The revolution marked the start of the Arab Spring, a wave of protests and civil wars in the Arab world.