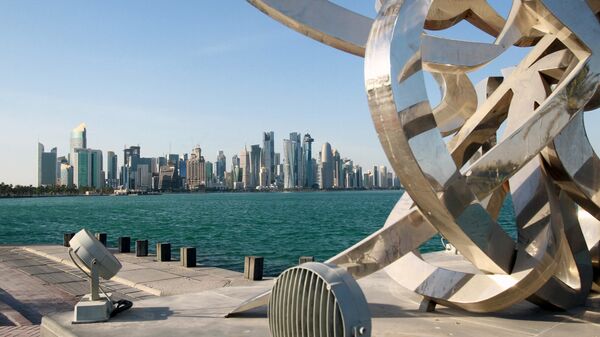 During the conversation, Trump emphasized the critical importance of integration between the US allies in the Middle East, the release said.

Riyadh Wants Doha to Approach Qatar Crisis Resolution Seriously - Saudi FM
The US president also reiterated his earlier statements about the need for all countries to do more to stop financial support for extremist groups and combat global terrorism.

In early June, Bahrain, Egypt, Saudi Arabia, the United Arab Emirates cut off diplomatic relations with Qatar, accusing the latter of supporting extremism in the Middle East and interfering in their internal affairs.

Kuwait, acting as a mediator in the crisis, passed along the Arab states' 13 demands to end the crisis, but Qatar refused to accept.