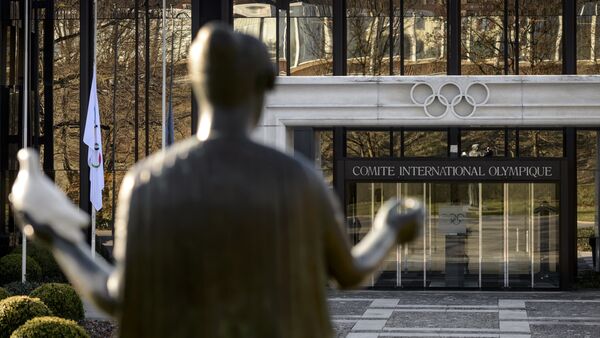 © AFP 2022 / FABRICE COFFRINI
Subscribe
Russian Deputy Prime Minister expressed hope the work of the International Olympic Committee would be completed before the start of the World Cup stages, because 'many Russian athletes had already lost much'.

MOSCOW (Sputnik) — Russian Deputy Prime Minister Vitaly Mutko told R-Sport on Tuesday that he would like the work of the International Olympic Committee (IOC) commission led by Denis Oswald to be really completed by the start of the winter season so that the situation with Russian athletes could be resolved before the start of the World Cup stages.

IOC President Thomas Bach expressed hope on Monday at a press conference in Lima that the Oswald commission, tasked with re-verifying doping probes of Russian athletes from the 2014 Olympic Games in Sochi, would report on its findings before the start of the winter season.

"Of course, the winter season begins, and we would like the situation to be resolved before the start of the World Cup stages, because many athletes have already lost much. No accusations are brought against them. And when the accusations are based on the testimony of one person, it is fraught with subjectivity," Mutko said by phone.