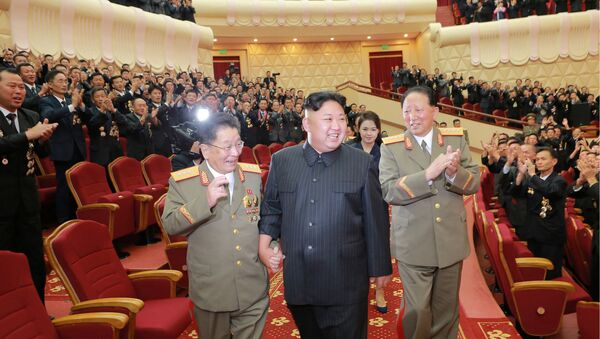 On Monday, the UN Security Council will vote on the proposed US draft resolution to tighten sanctions against North Korea in response to its latest nuclear test. In an interview with Sputnik, Russian political analyst Vasily Kashin looked at the possible repercussions of this latest test.

Pyongyang's Crude: Three Reasons Why North Korea Doesn't Fear US Oil Embargo
He added that in light of this, the chance of a decision "to conduct any military operation against North Korea" being made is significantly higher.

North Korea H-Bomb Threat: Who Could Be a 'Possible Mediator' in This Crisis?
In June, Russia and China put forward a road map for the settlement of the North Korean crisis, the so-called double freeze plan, which provides for the simultaneous cessation of both North Korea's nuclear activity and the US-South Korean military exercises. The initiative has been rejected by the United States.